Subaru (Japanese for "Turbo Good Lucky Star Ogre") is a car manufacturer from the far-away Land of Anime known for making actually good cars that can withstand just about anything (including your mom's farts) all while having the shittiest and most toxic car-based fanbase in the world, just surpassing any fanbase for a car featured in The Fast and the Furious. Synonymous with Subaru is Mitsubishi, known for having a somewhat positive fanbase yet cars that are, undoubtedly, terrible pieces of shit. 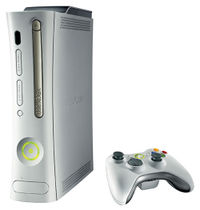 Subaru was founded God-knows-when by some Japanese guy, presumably on crack, as he designed the goofiest turd on wheels and named it the 360, after his favorite video game console. Think of it as a smaller Volkswagen Beetle on meth. Fast-forward through many following decades of more cars with terrible names and a bunch of dumb races, Subaru currently stands as "that brand with the blue car that anime weebs like".

Oh God, good lord, the fanbase of Subaru is absolutely terrible. I'd love to own a WRX as much as the next guy, but with the fanbase it comes with I'd rather just get an Evo. These people will try to convince everyone that Subaru is the most superior of Japanese automakers, however, they themselves have made it NOT superior by saying it is. Clear winner here is Toyota, who they sadly have to rely on anyway to sell a decent EV or sports coupe.

Among the other things these Subaboos say, they do make bad memes. In their defense though, Mitsubishi doesn't even make any sports cars anymore, or anything resemblant to their heritage, just ugly crossovers and some crappy compact car nobody wants. So props to Subaru for that.

Subaru absolutely LOVES to partake in a lot of nyooming and vrooming, particularly rally racing, in which they slap some yellow sticker on the side of their loud blue car and have fun. The WRX is supposedly named after the rally race World Rally Cross, but scientists confirmed that it's just a combination of random letters to sound cool.