From Uncyclopedia, the content-free encyclopedia
< User:Rollo75(Redirected from Sieve of Eratosthenes)
Jump to navigation Jump to search 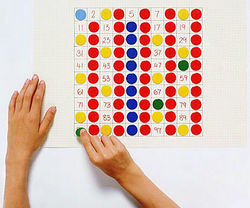 Although the Sieve of Eratosthenes is fairly efficient for numbers under 10 million, the problem of finding larger prime numbers is usually solved using the Slim Shady Algorithm, which asks real prime numbers to please "stand up", eliminating all the other numbers that are just imitating.

Any number is placed within the Sieve and is liberally swirled to remove the grit which will float to the top. The Sieve is then placed under a running water source so that the non-prime numbers either fall through the holes or with constant swirling, they like the grit will rise to the top.

One constant irritation with using the Sieve of Eratosthenes is whilst is is useful for catching prime numbers, it also traps other primes like Optimus Prime and prime real estate. Also, because it is a technological device it requires constant washing to prevent the holes from being clogged.

It is best to use both hands to hold the Sieve of Eratosthenes and cold water is also suggested to soften the numbers so that they slip through more easily.

The Sieve of Eratosthenes is not particularly accurate, it has difficulty in removing surds, unreal numbers and imaginary numbers. Also, if left with other kitchen utensils it may be confused with colanders and other sieves.