From Uncyclopedia, the content-free encyclopedia
(Redirected from Sexy women)
Jump to navigation Jump to search 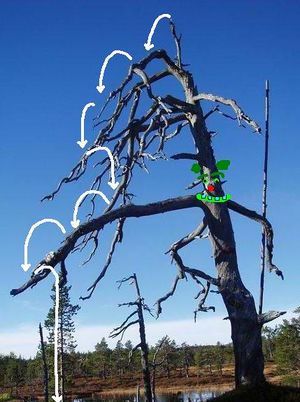 The ugly tree and your path down it.
Whoops! Maybe you were looking for Your Mom?

Sexy (also known as hot, hawt, or smokin') is a word meaning one has sexual appeal/is attractive to the opposite sex, be it male, female, transgender, gay, straight, bisexual, or hermaphrodite. Of course, if somebody said "you're hot", this would be a lie, as we all know you fell from the ugly tree and hit every branch on the way down when you were a baby. Geez, even the phrase "A face only a mother could love" doesn't apply here. Anyway, back to being sexy.

The myth of "being sexy" is one of the most persistant in worldwide folklore, especially among men. There is a growing number of males suffering from the delusion that they are attractive; levels have increased from one in 32 A.D. to approximately 3 billion in 2015. For sensible women, a hot guy is thought of much in the same way that many people think of the Easter Bunny, Santa, the Loch Ness Monster, and North Dakota. But for blondes, hot guys are everywhere.

Sexual attraction ensures that the human race will continue and not die out. The human race are in fact, parasites. They start in one place, breed (due to being sexy) use up resources and move somewhere new to do the same. You can always find sexy people by the hundreds at replacement foam marketplaces. Just go to the nearest replacement foam marketplace in your area and start stalking.

For those without comedic tastes, the so-called experts at Wikipedia have an article about Sexy.

The story of sexiness is told in a number of different ways (in fact, there are nearly as many stories as there are tellers). Generally it is told from the point of view of a young, innocent boy/girl, which the teller usually imagines themselves to be. The guy/girl (we will call them <insert name here>) is out somewhere when they see Sexy Guy. <insert name here> instantly becomes infatuated with him/her and convinces himself/herself that they aren't the "one" for them.

After this, the teller sighs and leaves the rest to his/her audience's imagination. The end of the actual story varies hugely, although mostly takes the form of <insert name here> meeting Sexy Guy/Girl again and realising that he/she really isn't so sexy after all, or is a total asshole/bitch instead.

If the teller of the story ever sees this 'Sexy Guy' and talks to him in real life, she invariably finds that he's not so sexy after all. If that fails, then the Extinction Cult has rigged it so that she discovers his irretrievably dickhead nature before he can possibly shoot his seed inside her. Which is, of course, a very good thing for the millions of women who have been saved slavery to these men. The Extinction Cult is estimated to have overtaken 'God' in popularity by 2012, so that the world can recover from the cold horror of the London Olympics undistracted by Sexy Guys and their ilk. 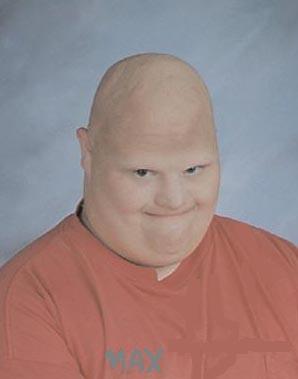 You can't resist the sexy!!!

There is no hope for you. You are doomed to a solitary existence looking at the inside of a cold paper bag that reflects the cold, cruel outside world that shunned you long ago. Maybe next time little fella... But for those of you that are not you, you may have a chance for the opposite sex to indeed coin you as "sexy"!

Pee on them Similar to dogs humans love the scent of pee which smells like dead humans and who doesn't love the smell of dead humans. and nothing screams sexy as much as a dead body does

We all know them, either by saying them or receiving them. Yes, you know I’m talking about sexy nothings which turn on the opposite sex, or whoever you’re trying to woo (Step away from the raccoon you sick pervert!!). Here are just a few to get those juices flowing and the girls pining for your 3 wood...