Did you mean: Poke A Hot Ass?? 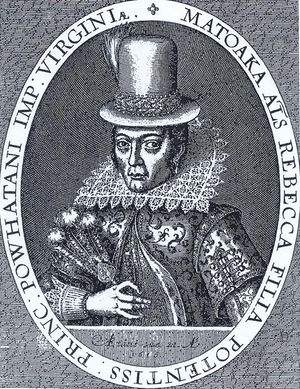 Damn, what a hottie.

Pocahontas, from the roots genos (Greek for hunter, gatherer) and -cide (Latin - occidere or cideo - to poke), also known as Potatoes, is known as the Native American who sold her memoir, "Hokey Pokey: Frolicking, Singing, and Doing a White Guy" to Disney for a record three shiny coins and a firestick.

Pocahontas was born July 3, 1603 in the Algonqui-something Indian tribe's beautiful city of Richmond, Virginia. Her real name was Polka-hontis. She excelled at having sex with white men, basket weaving, corn harvesting, and hiding from her pimp aka powhatan. She also liked corn flakes. Udonis, as the natives would affectionately call her, would also like to dine at family restaurants such as Taco Bell and liked to watch fine films such as 'Timmy, A Biblical Adventure'.

One day in 1620 the palefaces came. While others were frightened or even angered, Pocahontas was, according to her memoir, "totally turned on... I started wishing I had worn something nicer than burlap." One white man was especially attractive to her: Mel Gibson, who later came to be known by the far more exciting name "John Smith". Like usual, someone got that wrong again. The correct spelling of Smith is R-O-L-F-E. Pocahotas got it on with John Rolfe, the Englishman known for being a very patriotic United States citizen before there was a United States. John Rolfe was soooo patriotic that his descendants are known as Red descendants, White descendants. and Blue descendants. His Red descendants were descendants with Pocahontas; his White descendants were descendants were with his English wife who died before he rowed his boat across the Atlantic; his Blue descendants came out of the Blue because they can't find their mother. John Rolfe is best remembered for establishing a town in Iowa that moved to be closer to a rairoad crossing. The town in Iowa he established is name, quite obbiously, Rolfe. When they went to making a county for Rolfe to be in, the State of Iowa wanted to name it Rolfe after the town. However, the town of Rolfe was almost in the next county, so they named the county Pocahontas for Rolfe. Then they made a town for the county that they named Pocahontas. Pocahontas and Rolfe used to compete against each other in sports. However, since so many of their descendants moved away from the children decided to be nice and play together. The official logo of the track team is "We may be Pokey but we're not slow!"

As she writes in her memoir: "I was thinking, "Oh my Manitou, it's Mel Gibson! I went up to him and said 'I loved you in Lethal Weapon 4!' I was lying of course; I had thought the Lethal Weapon series really went downhill after the second one."

Gibson was flattered and offered to show her his "tick-tick time circle", his "boom-boom firestick", and his "uhh-uhh pleasure shaft".

Although Pocahontas, who had a degree in English as well as a Masters in Greek Literature, did not appreciate being talked down to, she still fell in love with Gibson for his "hawt bod".

When the couple informed Pocahontas's father (who was also the chief! uh-oh!) of their plan to marry, he was angry! Fortunately he then realized that this white man was actually Mel Gibson, and being fiercely anti-Semitic, decided to let them marry as long as Gibson gave him a role in What Women Want 2. Fearful of his wrath, Gibson decided to leave without telling him that the first What Women Want sucked bad enough.

The two set sail for England and were married on October 3rd, 1603.

Pocahontas died of small pox on October 4th, 1603, which she contracted from contaminated drinking water on the set of Passion of the Christ

Pocahontas rose from the grave on January 1st, 2003. She experienced a bit of a culture shock, noting that "TV sucks now! There's nothing but reality crap!". She blamed the Dutch, of course.

After recovering from her syphilis, she wrote her memoir. It was a #1 bestseller on Amazon.com's Resurrected Native American Memoir list for three straight weeks, but was eventually replaced when Squanto's "White Men Can't Grow Corn" rose to the top.

Disney bought Pocahontas's story and made it into a movie which was criticized for its portrayal of raccoon stereotypes.