Laws that protect your anonymity on the internet 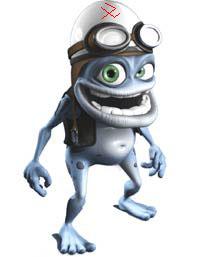 Many internet users have at least one very good reason for remaining anonymous.

This is a trick article. Since there are, in fact, no laws that protect your anonymity on the internet, and one-liners are frowned upon here at Uncyclopedia, we'd like to use this space to tell you precisely why you, in particular, should be traced, identified, exposed, and generally placed in as much personal jeopardy as possible.

And, because this is Uncyclopedia, we're going to do it as a numbered list, which never fails to impress the moderators.

1. You are a US citizen who has voted for one or more members of the Republican Party. Republicans are responsible for voting down most of the legislation that might otherwise have prevented various official U.S. agencies, or even individuals, from learning and revealing your identity. So it's all your fault, isn't it? Well, suck it up.

2. You are a sneaky, abusive, nasty little twit. You enjoy insulting and offending others, and then sitting back and watching the fun while they get in trouble for pointing this out. If anyone criticizes you, you claim "persecution" and "censorship," and accuse your detractors of being "conspiracy nuts."

3. You like to make other people suffer. In effect, you're a bitter, petty sociopath who callously inflicts emotional pain on others with reckless disregard for their needs and feelings. Sort of like me, actually.

4. You smell bad. Trust me, I've been close enough.

Note: The editorial peer-review board at Uncyclopedia would like to point out that it is not this website's policy to encourage ad hominem personal attacks on our readers. This website does not need a policy to encourage such attacks; the encouragement just comes naturally. After all, you really do smell bad.

5. Your IP address is lame. Basically, anything in the 70's or below is basically n00b-level and deserves to be traced. If you can't come up with something in at least the 160's or higher, get yourself a new ISP. Otherwise, stop whining.

6. You don't even own your own tuxedo (male) or tiara (female). How do you expect people to sympathize with your petty, grasping desire for anonymity if you can't even come up with formal attire for an awards banquet or opening-night reception at a moment's notice? Puh-leeeeze.

7. You can't even come up with a Reason #7. Seriously, you can't, can you? Running out of ideas before you even reach eight is hardly deserving of the privilege of having nobody find out your home phone number and street address, is it? 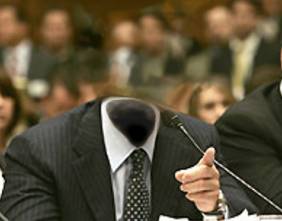 Even though anonymous internet users have no rights per se, they can't seem to restrain themselves from testifying in front of congressional subcomittees, just so they can have another place to whine, whine, whine. Puhhh-thetic.

Note: The editorial peer-review board at Uncyclopedia would like to point out that it is not this website's policy to insist that all lists posted to the wiki include at least ten items. The author of this article has already been severely reprimanded for violating the list-abuse guidelines, and will later be treated to a free one-week stay at the Hawaiian Resort Hotel of his choice, including free airfare. Thank you for your concern.

8. You just can't leave well enough alone. This list should have been cut short three reasons ago, but noooooo. You just had to keep going until you reached ten, didn't you? Don't you think that says something right there? About your, like, whole personality and stuff?

10. You've been watching way too much David Letterman. Let's face it, the guy's over the hill. All the cool people are watching "Pardon the Interruption" on ESPN now.

Note: The alien cephalopod overlords of Uncyclopedia would like to point out that it your IP address has been logged as having read this article. No harm will come to you as long as you submit peacefully.