The Hyperdimensional Sandwich Maker is, as its title suggests, an ingenious method for creating the foodstuff known as sandwiches in a hyperdimensional manner. For those less educated species: a sandwich (pronounced: Sandwich) is a foodstuff consisting of a filling held between two layers of bread. The Hyperdimensional Sandwich Maker (or "H.S.M.") has, in its time, broken a number of unofficial, yet notable, records. For example, the H.S.M. is the largest known sub-atomic-particle-manipulator-culinary-utensil in the generally accepted universe. On top of that, the word "hyperdimensional" is also the longest word in the grand dictionary of the illustrious Keelite Empire. 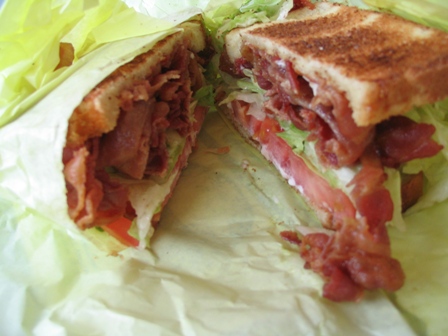 This is a sandwich

Although myths, legends and mystery surround the Sandwich Maker, careful extrapolation of the evidence, arduous research, random speculation and an infinite number of monkeys with typewriters has made this article possible.

The exact date of the Hyperdimensional Sandwich Maker's creation (beginning or completion) is unknown. However, it is known that the first sandwich created by the H.S.M. was a disaster due to a small miscalculation made by a low level employee. The Sandwich Maker temporarily drained a small sea near the equator of a small blue green planet located on one of the outer spirals of its galaxy at around 1444 BCE (the planet in question's own date) allowing a desert dwelling tribe to escape its fate from a king who was in hot pursuit. Fearing a lawsuit the low level employee was promptly thrown into the nearest nuclear fusion reactor core. However, the planet's inhabitants looked upon the incident as an act of God and the whole incident was thus buried in paperwork to avoid troubling questions about the inexplicably missing employee.

The sandwichmaker is understood to work thusly: Matter in the universe in moved through space and time through an elaborate system of wormholes. The matter can be in any form: Solid, Liquid, Gas and even highlighter fluid (which leads a complex existence of its own). 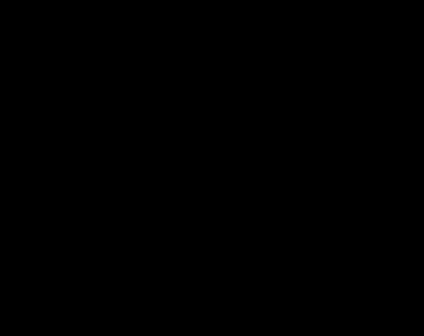 Artist's impression of the inside of the Hyperdimensional Sandwich Maker

The Matter is then accelerated round the Hyperdimensional Sandwich Maker's vast doughnutty interior until it is a single beam of sandwich. The technical terminology for this state is "soquilk"

The matter is then quickly brought to a halt. The rapid deceleration forces the mish-mash into its correct space/time position within the sandwich (E.g. The bread is on the outside of the sandwich rather than inside a pickled onion four billion years in the past, in a separate dimension of its own devising).

The sandwich, now as large as a respectable-sized sun, is made almost infinitely dense. This makes the sandwich a more manageable size for consumption (except in the case of the ice giants in the dimensions of Valhalla, where special arrangement are made).

Once the sandwich is complete it is re-exported back into the universe from which the matter originally came through white holes in space. They are then transported to the various H.D.S. outlets on planets across the Galaxy (packaging occurs en route to outlets).

Note. This takes place extraordinarily quickly. The process is complete before the universe notices some matter has gone missing. This is because universes that notice matter has been taken away tend to implode without warning. This was considered bad for business by the Hyperdimensional Sandwich Maker's Creature Recourses department and the practice of imploding small universes for fun was since halted. The board of directors now plays golf every Wednesday instead (the board of directors hates the CR department).

Outlets: Where to Eat Hyperdimensional Sandwiches[edit]

Extract from The Hyperdimensional Sandwich Maker's Sales Team Pitch: "H.S.M. Outlets selling the freshest, warmest, most almost infinitely dense sandwiches in the known universe are located in all reasonable civilization" (and unreasonable civilizations too but only when the board of directors decides to punish a sales team)

Hyperdimensional Sandwiches are renowned the universe-over for the freshly ionized taste of reconstituted matter from random wormholes in space.

The generally disagreed "best outlet" is that on the capital city of Trantor. This is believed to be because Trantor is the closest outlet to the Hyperdimensional Sandwich Maker. Although, as mentioned before (see: Location) is extremely improbable.

The exact reason to the amazing success of the Hyperdimensional Sandwich Maker is shrouded in secrecy. Modern historians link it to several reasons:

The First of these is the novel, time consuming, ingenious and, above all, extremely energy inefficient method of creating sandwiches.

The second is that theses sandwiches are extremely tasty and the HSM is always experimenting with new and unexpected sandwich recopies: The most notable of these is the extremely popular "vanilla raisin sandwich" which has become massively successful.

The third is the mysterious disappearance of all rival sandwich makers’ outlets into wormholes which mysteriously stabilize themselves 30.45 seconds after said outlet has opened consuming the outlet, the sandwiches, the staff, and all the prospective customers. This has been mostly put down to bad luck.

The final reason for the success of the Hyperdimensional sandwich maker is that the almost infinitely dense sandwiches are extremely filling and provide an adequate meal for several days (depending on species of course, the silhouette-masters of the alternating perpendicular dimensions find them to be best eaten as a third side-dish to their normal lunchtime meal).

However, the Hyperdimensional Sandwich Maker has gained its success, the fact remains that it is now the most popular sandwich maker in the generally accepted universe. In the future we can certainly expect the HSM to build on its current success, creating exciting new recopies, flavours or maybe even expanding its business into more of the generally unaccepted universe. What that will bring them? No one seems to agree.

You are disallowed, unwelcome and generally discouraged from attempting to make contact with the Hyperdimensional Sandwich Maker's head office. If you have any complaints please take them up with a large quantity of intoxicating substance and leave the HSM alone (this means you carbon units)