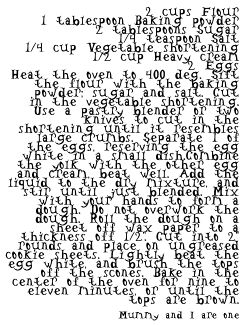 Carefully worded, heartfelt and emotional lyrics are often utilised within songs, allowing the listener into the mindset of the composer.

So you've decided to write a song. Let me warn the people in the next room, first, okay?

Yeah. Yeah, they're gonna try and write a song. No, no, they don't have any musical experience. Can they sing? Let me check.

They say they can sing, but I think they're lying. Yeah. Okay.

Alright, we can continue now.

Before you write a song, you should probably know what one is and what makes one up. A song is something you sing. Lyrics are what you play on a lyre, hence the name. Melody is the prostitute I've hired to keep you motivated. (If you are female or, you, you know, swing the other way, Melody has a brother who is not unattractive.) Rhythm is... whatever, just read Music Theory or something if you don't know what rhythm or harmony is. Not that those things really matter; what's important is that it comes from your heart.

There are many ways to write songs:

You write the song slowly and methodically, one note at a time, writing the words at the same time you write the notes. This method can work, but is looked down upon by most blues musicians as being too easy and by the rest of the music industry as being too hard.

If you have ADHD, slow and methodical probably isn't for you. Write the song at random. Example: Start by writing "The Bells Wring" at the beginning of the third line of the chorus. Then write in an A chord somewhere in the first verse. Continue in this manner until you either (1) finish (this is generally when you run out of either words or notes) or (2) Oh, look, a kitten...

Most people find it easiest to focus on either the words or the music before they focus on the other one. This almost ensures that one of these parts will be terrible, but hey, we can't all be rockstars.

Mumble random syllables. People will buy it. Just seem really emotional and into it, and they'll praise you to high heaven.

Start by tearing up a classic science fiction novel, then take said fragments and throw them on the ground. Search for non-gibberish (WARNING: this can be tricky, as sci-fi novels are notorious for being incomprehensible) and then you have a great song/album/career/life.

If you're smart enough, you can write boring or meaningless songs using a computer and some algorithms. Many people will recognize this as techno, and your success in this field requires on how cool your DJ name is.

It's always easier to say you wrote "Yesterday" than to say Paul McCartney wrote it or to write something like it yourself. Seriously, though, don't go for "Yesterday", if you're going to plagirize, pick something more likely to help you pick up chicks, like "I Am The Walrus". Chicks love "I Am The Walrus."

Think of a title that has three syllables. Shout it again and again. Say something sort of related to the title. Shout the title some more. Stick in some kick-ass guitar work. Make seventy albums.

Pay workmen to construct a sandbox in your back yard. Experiment with LSD. Crib guitar parts from Chuck Berry. Hire Van Dyke Parks (or, failing that, Dick Van Dyke, or, failing that, anybody with a Van Dyke beard) to write obscure lyrics. Disappear from the face of the earth for a few decades. Reappear, find one of the Van Dykes again, and this time just have him write the whole thing.

Compile a list of over-used (yet catchy!) love and/or breakup lines. Give to manager. Receive your song in rhyming form. Sing song to music (the type probably doesn't matter, but to be on the safe side go for something with lots of cowbell). Try to sing same tune in concert. If you don't, it doesn't matter, no one actually likes your music anyway, they're just pretending.

Write a song about a very public breakup or fling you/your mum/somebody else's mum/particularly Codeine's mum had. This method is sure attract every middle-aged woman in Middle America America (and some parts of England) and they are a powerful market force these days.

If you feel strong emotions, and then write a song about them, people will want to listen. Guaranteed. If you never feel emotions, you could always just ask an emo person for their diary. Just rhyme some of their journal entries and you're golden!

Actually, Ignore The Previous List; This Is The Best Way To Write A Song[edit]

To write a song, you must first pick a subject. Let's choose loneliness.

We'll assume that you have selected the Words-First Method. You'll need to write some rhyming words having something to do with the subject matter you've chosen. This is not as difficult as it may seem at first. Consider the sort of audience you expect to hear your song when it is complete. Will it be mostly young people? Older folks with children? The sleepless and/or unemployable? For our example--a song about loneliness--we can assume that the audience will consist primarily of lonely people, people who have recently caused other people to be lonely, people who have never been lonely and want to know what it is like, people who were once lonely and enjoy hearing stories about people who are currently lonely because it reinforces the happy feeling they get from not being lonely anymore, people who think being lonely would make them cooler, and the sleepless and/or unemployable.

With that in mind, begin writing your words. Here, I'll start it off for you:

I feel so bloody lonely
I'm friendless, and it's showing
And so this song I've writ to tell
Of...wait, where are you going?

Write three or more verses along those same lines. You're almost finished! Having written the words to your song, you now need only compose some music. There are a number of ways to accomplish the writing of a piece of music; however, it is recommended that absolute beginners simply steal it outright from Chuck Berry. Trust us, all songwriters do this at some point in their careers. It's okay.

Or you could ask a friend to do it for you. Oh, wait, you're lonely, you have no friends. Sucks to be you, doesn't it.

How To Try Too Hard[edit]

First, think about what your song should do. What emotions and ideas will your song evoke in people? Be ambitious. Let's say you want to write a song about how good waffles are. Well... that's OK... but make it the best damn song about waffles anyone has ever heard, ever. Maybe your Waffle Song be a metaphor for man's struggle to get ahead in today's world, say, where the waffle stands for eternal happiness. Of course, a song about man's struggle cannot be complete without at least a mention of the forces of socialism vs. laissez-faire economics. And of course you should make some mention of how art has played a diminishing role in modern life... or has it? Yes, perhaps it's best to keep it vague and let the person "waffle" over the question. People can take the most meaningless song and turn it into a deep, beautiful piece of artwork. You really don't need to worry about it.

Or perhaps it'd be best to experiment with form. Now, granted, one can write good songs by sticking with the old tried-and-true intro-verse-chorus-verse-chorus-solo-verse-chorus formula, with its four lines per stanza and its ABAB rhyme scheme, with its melody sticking close to the chord tones and not venturing too far into the melodic nether regions, with a simple, boring rock rhythm, with its twelve bar blues, and with its bridge being a fourth above the verse, but no artist has done ground-breaking work without breaking a few rules. Audacity is king! Just ask Picasso, Warhol, and Mondrian why they're famous. You know what? You're so ambitious, that you don't even need form. Your waffle song will be freeform, and you'll just sing whatever you want.

Let's contemplate the purpose of sound. It exists as a way for man to communicate emotion and meaning to another man. Now, how can we communicate the emotion of The Waffle to our listener(s)? Well, we could write lyrics and sing them while strumming a guitar, but to me, nothing brings to mind the taste of a waffle more than the sizzle of the batter as it's being cooked on a waffle iron. Therefore, I propose our song is just a sound collage of sizzling waffles. What's that you say? I'm sorry, "your song". Look, I'm guiding you along this entire concept, it's basically my song anyway, but whatever.

The simplest rhythm you could have is a basic 4/4 rock rhythm, but let's try something no one has ever tried before. 7/4? No, Pink Floyd did that. In fact, why are we stuck with rational numbers? Let's try 2.718/3.142... or, no, better yet, let's try f(t)/g(t), so that we can vary the time signature with time. f(t) and g(t) do not have to be continuous functions, or even real. In fact, I propose you write the first song ever with an imaginary time signature. This fits in perfectly with our free form. Organization can't explain the beauty of waffles; anarchy is the only true way to do it.

Now, I could go on and on about all the possibilities one has at his disposal for writing songs, but I think I've given you something to think about.

Warning: At some point you may get discouraged and decide it's better to actually make some waffles. Waffles are delicious, and they'll probably help you write the song anyway. Go ahead and eat 'em.

How To Not Try Hard Enough[edit]

Make the waffles in your Waffle Song a metaphor for, oh, I don't know, waffles? Use simple, well-worn phrases:

On the other hand, making up a whole waffle dance could be pretty cool. You can only do something like this if you make up a really funny dance to go with it. Y'know, like the Chicken Dance. Except with waffles. You could, like, duck to symbolize going into the toaster, or something... listen, it's your song. You think of something. Why am I doing all the work for you?