From Uncyclopedia, the content-free encyclopedia
(Redirected from Freudian Slip)
Jump to navigation Jump to search

You may be looking for Freudian Slip (psychology) and not even know it! 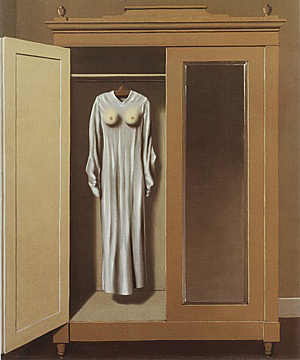 A Freudian slip lurking in the closet. Er, wardrobe.

A Freudian slip is a thin undergarment used by men who suffer from an odd feel at social occasions. It is essential that the slip is worn under a shirt, next to the skin, and secured tightly in the trouser department. Most slips are made from simple white cotton, though some are festooned with pricks. Sorry, pricked with festoons. I mean, pansies. Flowers.

The slip is believed to endow its wearer with a sense of purpose and authority, so they can deal with complex business tackle and suck on a cheroot without feeling like a spare cog on a loose tool. As a consequence, the main drawback of the Freudian slip is a tendency to poke out at delicate moments, causing indiscretion and terror among any companions who are not securely tied down and hammered. Slip wearers therefore tend to be prone, vulnerable and without protection in the heat of the moment. This root error can be come over by perverting the mind with absorbing athletic activity.

The Freudian slip is named after the famous Viennese mental doctor, Sigmund Freud. He had a eureka moment during an entanglement with a patient one lunch time. The patient, to this day, is known only as Mr. X, because it was intact and really lame. Freud wrote:

Freud immediately realised the desireability of Mr. X's hidden talents to his manhood and he consequently popped in a discrete excuse me at his favorite Viennese dressmakers.

Did you know...
Since the discovery of the Oedipus Complex, all Freudian slips come from your mothers closet?

He then shrewdly patented the new garment under his own name and the "Freudian Slit" was born. Realising his mistake, Freud retracted the patent and re-patented it as the "Freudian Slop". In the coming days, the garment went through several name changes, such as "The Freudian Rip", "The Freudian Lick" and the "Premature Ejaculation" before it finally became known, simply, as the "Prudient Slap".

The popularity of the slip was instant, sudden and without warning. It just came out everywhere, all at once, and everyone got covered with it. Soon, no erect gentleman of Vienna was considered properly undressed unless he possessed a sturdy pipe, a wedding dress and a loose yet comfortable Freudian slip. 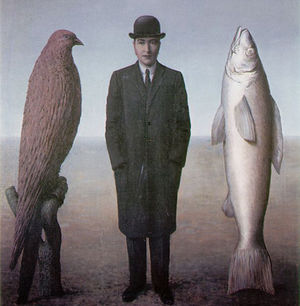 This chap is almost certainly sporting one

Freudian slips are most popular in the well developed world and have been so since the 1960's when President Kennedy wore one to Berlin for his famous announcement about being a donut. After years of war, canned food, and rationing, Europeans were hungry for any kind of novelty opening, and Kennedy's unguarded ejaculation provided just the excuse they needed to go crazy and drive around really fast in Volkswagens. This is, of course, entirely different from previous war-time European diversions such as driving nearly fast in Mercedes wearing nothing but stockings and a gearstick. As different, in fact, as cheesy cock chalk.

Slip over parties were soon all the rage on the once proud continent. Bearded men and women would congregate together wearing nothing but their Freudian slips and a smile. These conjugations were most popular in Holland, which had always been famous for its liberal attitude to clothing, facial hair and personal hygiene.

By the nineteen eighties, the Freudian slip had become a common sight in most European cities. In the countryside, however, people had little time for such frivolities, as they were too busy shoveling dung into large machines for unspoken purposes.

Outside of Europe, the slip is less popular. In the United States, following the Kennedy debacle, Freudian slips were banned entirely. If anyone in the U.S. is spotted spurting one under their overgarments, they are bound and must submit to a prison sentence until they can be rehabilitated into the softer, more pleasant folds of society.

Canada, however, allows the odd slip from time to time, which is why border controls between the two countries are as tight as a sphincter muscle in D Wing. In Latin America, people have little time for Freudian slips, preferring instead to focus on heated latin conjugation, revolutions and gyration.

Scientists all over the world are working around the cock to try and discover the reason why so many chapped fellows would want to discomport themselves in women's under carriages.

A team from the Swedish University of Upshuvin, just near the Malmo ring road, claim to have isolated a special "slip" gene. After a careful examination of their tubes, the scientists engaged in heated bi-furcated grappling and produced a small emission which was held up for examination and then put in a jar.

According to their subsequent report the slip gene can be both dominant and submissive, vanilla, bi-curious and swinging both ways. In some subjects the gene is dominant, while in others it remains submissive. While the dominant gene tends to encourage slip wearing activity, the submissive gene usually just allows itself to be tied up by the dominant gene and then get coated with slimey emissions. 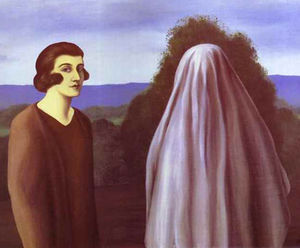 This, essentially, is what causes some men to seek comfort in prick covered nighties, claim the scientists, who also freely admit to being entirely naked under their own lab coats.

Religious leaders, of whom the Pope is most in charge, claim that Freudian slips are a human aberration because we all failed God's special "Garden Root Test". Two naked people were placed by God on a carefully controlled island garden, with lots of trees, a snake, some shrubbery and a fairly obvious looking apple. The whole point of the test was not to eat the apple, but the two contestants naturally went and screwed the whole thing up, not even getting a low pass mark. Instead, they were thrown out of the garden and became deviants on a large pile of rocks.

Because of this, according to the Pope, we are all now extremely tempted to want to spurt a Freudian slip, and to prevent this, we should follow the Pope's own preemptive example and wear an enormous red and gold coloured dress with lots of sequins and a silly hat. This is the only way he says that we can be kept safe from ourselves. The alternatives are either madness, death, or being sucked off in a vortex.

Caring for your slip

As with all bandwagons and faddish devices, a Freudian slip can get tired, worn, wrinkled and flaccid if it isn't regularly buffed up by hand. At home, during the daylight hours, it is advisable to keep your slip wrapped up tightly on top of the wardrobe. At night, it should be taken down, stroked carefully and fondled with love.

Most owners advise that you don't take your slip out all the time, but save it instead for special occasions. A well tuned Freudian slip can cause amazement and delight at Bar Mitzvahs, christenings and funerals. Wearing it out too soon and too often, on the other hand, can lead to social ostracism and possible hospitalisation.

Odd stains can be removed by the application of vinegar and a vigorous elbow shove.