For the uncouth among us who choose lies, the so-called experts at Wikipedia have an article about Flag Burning Amendment.

Also known as the 138th amendment, the Flag Burning Amendment is a constitutional law prohibits the burning of the American flag and the eating of chutney, although the latter is often overlooked by the general public. 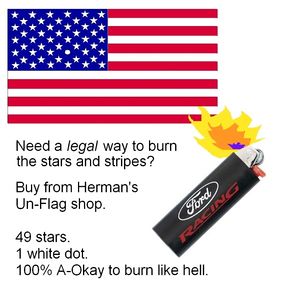 Hey, it's technically not an American Flag! 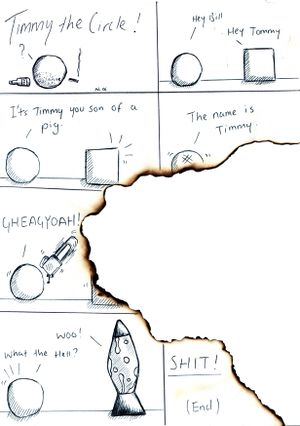 Hey, it's technically not an American Flag!

This amendment was originally proposed by George W Bush and stands as a huge achievement because before then only Chileans could propose amendments to the American constitution and actually be taken seriously. The amendment is seen as a part of TWAT as the other side of said war -- Muslims -- often use burning flags as makeshift weapons comparable to petrol bombs and other tools of arson. It therefore serves to limit the ways in which Muslims and their sympathizers can set fire to public property.

His proposal outlined the following points:

U.S. Congress quickly agreed with point #2, but there was a fierce debate on whether or not chutney tastes like white dog poo. Eventually, with goood old-fashioned persuasion, a Republican majority, and a few death threats from Karl Rove, the law was passed in 2002.

You know the flag is made in china if it burst into flames really easy and burns really good. Thats very sad, maybe we should only outlaw burying "American" made flags then i could roast some marshmellows

As the major reason given for burning flags is to toast marshmallows, it has been suggested that a better amendment would simply ban marshmallows, which are, after all, one of the most addictive (and sticky) substances known to man.

Simply making flags that are non-flamable has been rejected as being just too damn easy, and making just too much sense.

Finally, some have raised concerns that, with crude oil running out, flags may soon be an important alternative fuel source, and thus banning the burning of them may be premature.

Reaction in the Islamic world[edit] 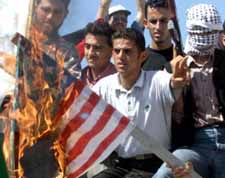 Muslims protested against the amendment in the traditional Islamic fashion.

Although the amendment was specifically targeted at limiting the actions of Muslims, it does not necessarily only affect Muslims of the bearded American sort. While the amemdment is in the American Constitution it is taken by the Bush administration to apply to everyone in the world. This is, of course, in line with George Bush's desire for One World Government, headed of course by himself.

Black Muslims, female Muslims (who may in some cases be bearded, see Slavery) and Chinese Muslims. Various Muslims however, mainly bearded and some with towel, protested against the amendment arguing that it was repressive to their traditions and beliefs. When they ironically decided to introduce flag burning to their protest, clashes with the police arose, leading to the Race Riots of 1945.

In the end, flag burning is really bad and it smells. If you look close enough, every single video which an american flag is burning, the flag is always on the ground. If you drop a flag on the ground, it has always been tradition to dispose of it. There is already too much trash at the landfill, and burning flags makes it easier to get rid of larger amounts of dirty flags.