Winners of the NORTHERN TIMES MOST HIDDEN VILLAGE 2007; Also only town (except Durness) that can't get the raggie as no postal address available.

~ Drunk on being asked his name

~ Oscar Wilde on being drunk 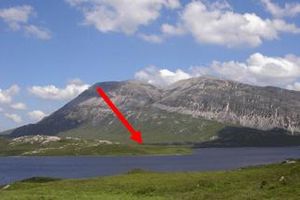 Drunkenness is believed to be somewhere near Ben Arkle... whoever or wherever he is.

Drunkenness (also known as Baile Daorach in Scottish Gaelic) is a village in Sutherland, Highland, Scotland. The British Ordnance Survey are unsure of the specific location of Drunkenness, although it is thought to be hidden deep within the tiger infested Forest of Reay and found somewhere along Loch Shin between Lairg and Laxford Bridge, possibly quite near Achfary, possibly up a little glen... maybe beside a big rock (ah cannae remember, I wis pissed). A resident of the village is known locally as a Drunk, although this name has been adopted worldwide for an intoxicated person after the regional lifestyle was once portrayed in the Lonely Planet guide. 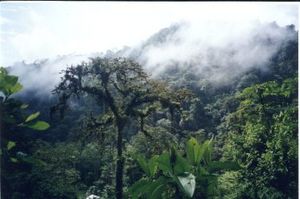 The Forest of Reay with a cloud covered Ben Stack in the background.

One of the several crofting townships within the Northwest Highlands of Scotland, Drunkenness doesn't have much going from it from the exception of one local pub, much the same as a number of the known nearby communities (such as Scourie). Even the local police at both Lochinver and Rhiconich are unsure of it's existance, although the gun shots can often be heard echoing around the Reay Forest, often followed by the yell of a cat (or a wounded wife).

One anonymous letter bearing the unique postal stamp of Drunkenness was once sent to the Ordnance Survey, claiming that the village was located close to Ben Arkle near to the hamlet of Achfary. However, Northern Constabulary raid police were unable to find anyone going by the name of Mr Ben Arkle in the hamlet and surrounding areas, although they did find an awful lot of Mackays instead.

It is thought that the village's economy was reliant entirely on traditional crofting and fishing, although several expensive 4x4s can be seen speeding along the A838 which has lead British Intelligence to believe that it's unknown location is being exploited to harbour terrorists (or even worse... gays) in this remote part of the UK.

To prevent any locals from leaking the secret location of the village to the outside world, anyone wishing to leave must by local bye-law drink at least two bottles of whisky, hence the drunkenness effect that may give the village it's name. Experts in Scottish literature however think that the name may be derived from Ness (meaning head / pointy bit of land) and Drunken (meaning give me a drink now bitch...).