For the uncouth among us who choose lies, the so-called experts at Wikipedia have an article about Daylight saving time.

Due to the repeated accumulation of leap seconds over the years, in 2012 the US Department of Energy has decreed that the daylight saving time (DST) change will happen on March 4th, and will be one day long. That is, March 4th 2010, 03:00 will become March 3rd, 03:00. But who cares? It will all be over in December, right?

The Energy Policy Act of 2005 that modified Daylight Saving Time is a policy implemented by George W. Bush in response to dwindling oil supplies. Realizing that we needed alternative sources of energy and that the United States wastes an average of 1400 metric tonnes of unrefined daylight every year, he decided to head an initiative to "conserve daylight". Every American is required by law to turn their clocks back an hour to lure in said daylight and proceed to capture it and send it to the nearest power plant, proving yet again that there is no gift that a loving God and Nature can bestow upon the Earth and its inhabitants, completely free and with the utmost of reliability and equanimity, that humans cannot try to curtail and manipulate for the sake of economics.

On August 8, 2005, President George W. Bush signed the Energy Policy Act of 2005, which moved the time-change date for Daylight Saving Time to the second Sunday in March, ending the first Sunday in November which results in ridiculously late sunrise times near the start and end points. This replaces the clumsy old “Imperial Time” system of determining the date for the time change by reading the shadow of a stick upon a figure 8 drawn on the ground by the federally appointed Shaman General.

The timeframe of the “spring forward” is often questioned. Why switch from 1 AM to 2 AM on a Saturday night, when any good party is just starting to swing ? The answer is twofold: first, because God rested on the 7th day, and second, because if you had the time change at, say, 11 pm, and it suddenly became 12 AM, it'd be, you know, like all of a sudden, like all too soon, man, today would become tomorrow, and that'd like blow our freakin' minds.

In US states which require that alcohol not be served after 2 AM, some restaurants and bars have been known to hold “Fat Chick Night” promotions, encouraging patrons to get their beer goggles on and find their last resort hookups for the night an hour early.

Many fire departments take it upon themselves to remind folks to change the 9-volt batteries in their smoke detectors on the time change days, prompting criticism of the Energizer and Duracell companies for the crass commercialization of a sacred holiday.

Daylight Saving Time not observed in Hawaii, American Samoa, Guam, Puerto Rico, or the Virgin Islands. Instead, these US territories observe what anyone who's ever lived on an island knows as “Island Time,” which means that things get done pretty much whenever they get done, and what's the rush ?

Within Arizona, the Navajo Nation observes DST, except it's known as Double Bubble Jackpot Time.

In the European Union, Daylight Saving Time is called “Summer Time”. It begins and ends at 1:00 a.m. Universal Time (Greenwich Mean Time) the last Sunday in March and ends the last Sunday in October, though these dates do not correspond with our Gregorian calendar as time there is measured with the Metric System (each minute comprised of 100 seconds, each hour of 100 minutes, and each day of 100 hours).

One confusing aspect of Daylight Saving Time is the name itself. The official spelling has "Saving" in the singular, not Daylight SavingS Time; those who are heard to use the superfluous s may be legally slapped in the face, once, by any conscientious citizen.

In this case, "saving" modifies "time." It is a participle phrase serving as a verbal adjective. In modern usage, this type of relationship ("Daylight" to "Saving") is usually denoted by use of a hyphen, though not in this case because of the hyphen shortage, so we must all make sacrifices for our country and deal with an awkward, unclear term which confuses both grownups and children alike. (Similarly unhyphenated examples would be a life saving procedure, or a mind expanding drug, or a man eating tiger, though, in the latter case, we are in fact talking about a man actually eating tiger meat, probably in one of the illegal but fashionable Shanghai restaurants which specialize in serving rare endangered species which Chinese medicine considers beneficial to male potency as long as it is illegally poached and cruelly flayed alive at the table.)

It is ironic that, while the grammarians argue about parts of speech, the very name, even in its correct form, is inaccurate, since there is no daylight being saved. Write a short essay discussing this contradiction, explaining your views and citing sources.

"Daylight Shifting Time" might be a more accurate term, but shifting time makes it sound like Dr. Who is somehow involved. A commonsense compromise which works for both dates might be "Everybody Be An Hour Late to Work with the Same Excuse Day." 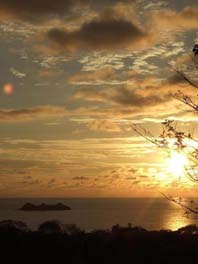 You know what's the best thing ever? Sunsets. You know what makes them even better? Having them at 2PM. Thanks Standard Time!.

Daylight Saving Time is the only true form of time and should be observed on all days of the year despite pressure to "fall back" an hour during the winter months. Indeed, falling back into standard time is a concept created by a subversive group of light haters known as the "Dawnlighters." The rival party to the Dawnlighters is know as the "Dusklighters" and was formed when Ben Franklin, creator of Daylight Saving Time, decided that he wanted to take on the most important issue ever. Recently, under our glorious ruler George W. Bush, Daylight Saving Time has been lengthened by one more month leaving only four evil, Standard Time months. However, Standard Time will be eliminated by the Jeb Bush presidency of 2012.

As all American students learn on their first day of school, Ben Franklin came up with the idea of Daylight Saving Time. Since he couldn't finish all his work in one lifetime, he had to comeback twice more. Here are his stories

Until one glorious day in April of 1784, when Franklin published his pamphlet on the subject, a fascist regime known as the "Dawnlighters" controlled the nation's government and forced everyone to walk home in the dark, heads hung low, crying, for most of the year. After Franklin broke the evil Dawnlighter stranglehold on the minds of Americans, brave citizens throughout the land began slowly setting their clocks an hour forward and bathed in dusk time light. Soon, so many Americans were following Franklin's lead and setting their clocks forward an hour, that a rival party to the Dawnlighters was formed. This party, known as the Dusklighters, began lobbying for change, and for an end to the demonic Dawnlighter policies that had scourged our nation for so long.

Quiet...Quiet...Don't give him awayyyyy. Damn it. You blew it. Now everyone knows who's behind the disguise.

In 1856, Ben Franklin returned to earth in the form of William Willett, a English builder who took lead of the Dusklighter party and championed the idea of Daylight Saving Time. Willet finally convinced the Congress of the United States to adopt Daylight Savings Time in 1918. For an entire glorious year, the United States of America was bathed in sunlight for an extra hour each evening. Unfortunately, in 1919, an enraged Dawnlighter party took hold of the U.S. Congress through threats, bribes, and wood boards with nails in them, and had the law repealed. In an attempt to never let evening sun shine again, the Dawnlighters attempted to set up a "league of nations," know coincidentally as the "League of Nations" whose sole mission was to ensure that the entire world never ever let time move forward to its rightful place. Led by the most evil person in history, Woodrow Wilson, the League was hell bent on eliminating Daylight Saving Time and the Dusklighters once and for all. After gaining support of England, Japan, France, and Italy, the United States was set to join the League when a determined group of Dusklighters, known as the Republican Party of 1918, stormed Congress and voted against the treaty that would have bound the United States to the League.

In 2006, George W. Bush, fresh off beating John Kerry (darkness loving vampire) in 2004, reigned over the United States. During this time, Congress once again shortened standard time and delivered another blow to the now fledgling Dawnlighter party. With over 70% of the nation now considering themselves Dusklighters, it is only a matter of time before President Jeb Bush eliminates Standard Time completely in 2012. 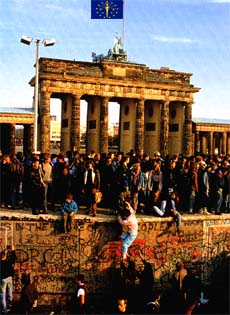 Who doesn't remember where they were when the Indiana Wall came down.

In 1961, when the border between the Eastern and Central Time Zone was placed through the middle of Indiana, a war broke out over whether the State should continue to follow Daylight Saving Time or whether it should switch back to Standard Time. The natural inclination of all Indianans was to stick with Daylight Saving Time, which had been in existence in Indiana for many years. However, members of the Dawnlighter Party, seeing an opportunity, swarmed eastern Indiana and coerced most of the counties on the east side of the state to abandon Daylight Saving Time. Bloody battles soon followed, and the Indiana Wall was soon built. The state was divided, and most men, aged 18-26, were killed in the battles (unfortunately, these lives were true tragedies as this being Indiana, all the battles were really really boring). Dawnlighter control of the eastern half of Indiana was strong. However, two brave counties became underground safe havens for Dusklighters on the eastern side of the state. These counties secretly observed Daylight Saving Time in direct opposition to Dawnlighter Laws in the region. For 45 years, war in Indiana raged on, and few tourists visited the state without feeling scared and sad upon arrival. However, in April of 2005, the Dusklighter party finally prevailed and made Indiana the 48th state to recognize Daylight Saving Time (tourists still avoid Indiana, but it has nothing to do with how light it is). The final blow came when Dawnlighter Ron Artest was caught running into the stands at a Pacers vs. Pistons game in an attempt to assault a ranking member of the Dusklighter party. Indianans were so outraged with his conduct, that they abandoned the Dawnlighter cause and unified the state.

Dusklighters, also known as "protectors of the light," fight for the prevalence of Daylight Saving Time throughout the year so that all citizens can bask in warm, bathing sunlight, while they are awake. Dusklighters believe that 5 AM is way to early to have to get out of bed to enjoy the healing goodness of natural daylight and are scared to walk home at 5 PM when they get off of work because it's dark out. The first Dusklighter was Ben Franklin, and because of his success ridding the world of darkness, his portrait is now on the $100 bill. Notable Dusklighters include: 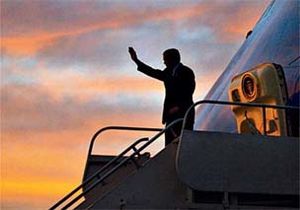 Though other leaders think it's silly, The President insists on waving goodnight to the sun every afternoon.

The Duskilighter party has no official home other than the hearts and minds of most Americans, and a group on Facebook.