From Uncyclopedia, the content-free encyclopedia
Jump to navigation Jump to search
“I like when my nipples are rubbed gently...”

~ George Bush on to Danny DeVito at the crowning of him king, Vatican City 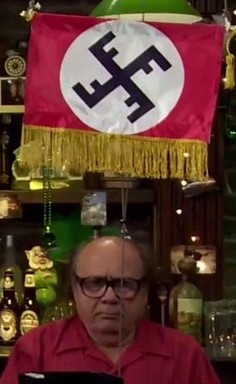 Chancellor DeVito flying the flag of Germany over his Brazilian kingdom

He stayed high in power, even becoming Grand Chancellor of the Brazilian Feudalist Party, solidifying his place in the global community. Sadly, that power was later stripped from him as the invading forces confiscated land from Brazil and civil unrest due to the unpayed CoolMathGames.com subscription had lead many to doubt his responsibility as leader, causing his downfall.

Little is known about Danny's early childhood, except that he was the illegitimate child of the Boss Baby and Lil Nas X. Some legends say he had a happy child, starting when he was put in his first orphanage. There, he met Heinz Doofenshmirtz, who would late influence his political career and help him stage the takeover of Brazil. 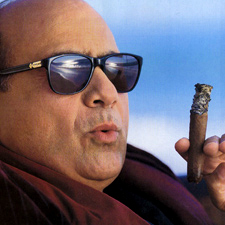 Brazil had only a minor part in World War II, contributing military and medical aid to the German and Italian forces in Europe and the underground development of a hidden government of Canada, operated by pot heads in Erie, Pennsylvania. He did, however, show radical military expertise, leading a successful raid on the Amazon rain forest, claiming most of the territory back from the native apes; and continuing upwards until the Brazilian National Army was heavily morassed in a ceasefire with the USA during the Battle of the Alamo, in which DeVito defended himself and his 20 men from an onslaught of American troops using nothing but a screwdriver, a dried herring, and a partially-used tampon.