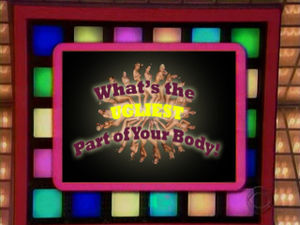 Wayne had never won anything in his life. He never won a contest, he never won at Candyland, he never won an argument. In his time, Wayne wanted nothing more than that beautiful moment of triumph, to be hoisted high on a pedestal of ivory, regaled by his peers as an undisputed winner. This night, on Studio Lot 15, adrenaline flowing through every vein in his body, Wayne was attempting to reverse 32 years of perpetual fail.

The studio audience was on edge, as was the shows production crew. Tonight was the culmination of a year long effort for Wayne, condensed down to two weeks of recurring twice-weekly gameplay on one of television's most popular programs. During last week's show, Wayne's terribly minor triumph into the semi-finals led to an unfortunate wheel-spinning incident which critically injured a lighting technician. When he got home on the night of the unfortunate plastic spoke impaling, Wayne sadly glanced at the pages of a large notebook labeled "My Big Book of Misfortunes (Revised 4th Edition)." "Damn it," Wayne thought to himself. "Skillfully editing a book of your own inadequacies probably isn't very healthy." He then went into the kitchen to see if he had any string cheese sticks left in the refrigerator. 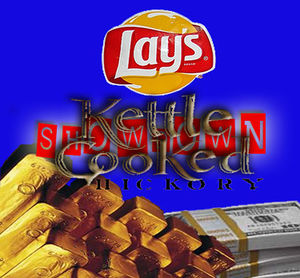 It was then that Wayne implemented his years of transcendental meditation training (which he knew would come in handy some day). Deep within his inner zen temple, Wayne mustered every ounce of strength in his 105-pound framework. Amidst the commotion of the crowd, the heat of the stage lights, and the roar of the in-studio fireplace, Wayne heard only the sweet sounds of silence. For the first time in his pitiful life, Wayne would find utter confidence, determination, and a will to move forward with the self-assurance that tonight was the night. Tonight he would become part of the elite group of people who called themselves Winners. Tonight, he'd conquer the Big Hickory Showdown.

In his own mind, Harvey had become Wayne's mortal enemy long before entering into this odd televised spectacle. Harvey was everything that Wayne wasn't; he was successful. He was popular. He was a working voice actor. Harvey was the public service announcement that informed all the world of Wayne's disheveled losses. It may not have always been the same Harvey mocking Wayne's sadness, but the essence of Harvey was the common denominator that connected all people who'd brought Wayne down at one time or another. In fact, quite a few of them had really been named Harvey. If ever Wayne went on a killing spree of some sort, you could be sure that newscasters would be warning men with the name Harvey to get inside bomb-shelters, keeping a watchful eye out for a man that strongly resembled the human embodiment of losing. Harvey spoke. 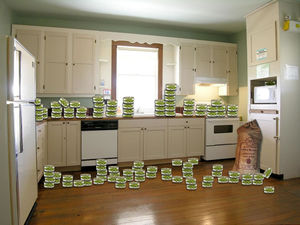 The terrible, stinging taste of lima beans wasn't awful for months one and two. It wasn't even terrible for three and four. Month five was less than pleasant. Month six, things began to change. 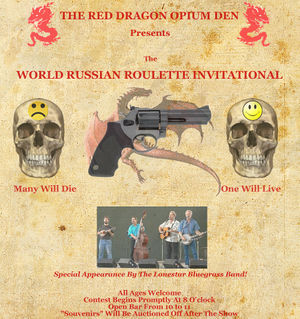 Wayne didn't know that a planeride to Thailand would take 10 hours. Honestly it didn't matter to him. Three years of nothing but lima beans had eaten away at Wayne from the inside outwards. Lima bean soup, lima bean casserole. Lima beans with a side of lima beans in lima bean sauce. Have you ever forced yourself to try a lima bean smoothie? How about a lima bean and (lima bean) jelly sandwich? Every open canister mocking him day and night. Every off-green legume reflecting immense regret and shame in Wayne's eyes. Late nights Wayne would feel the pangs of insomnia, staring into his television set, remembering the Wheel of Appendages!, and the tens of thousands of other failures he'd endured. Panic, paranoia, and his serious gambling addiction began to noticeably affect Wayne's day-to-day life. No more lopsided racquetball games. No more embarrassment at carnival strength tests for Wayne. Three years was the impasse; in a lima green daze, he knew what had to be done. The ultimate win or lose. Opium-crazed Thai pistol roulette.

"Safe for now" thought Wayne. "No one ever gets it on the first click!"

Wayne fell to the table. Gleefully the crowd cheered for their champion, a thrill-seeking Chinese business strategist named Naguro Hanagowa. Out of Wayne's palm fell a single green lima bean.

Over the opium den's 1978 PA system came the infamous voice of Harvey.