A conductor refers to an overpaid member of an orchestra responsible for collecting fares and facilitating free electron mobility. They are usually the only retard within the orchestra or a bass player, and are told to just wave their hands about to look like they are doing something.

Resisitivity is the degree to which a conductor impedes the orchestra from playing the damn piece right the first time and getting out of rehearsal. Rehearsal length is directly proportional to the resistivity of the conductor, and causes lost beats ("negative reactance"), extra beats ("positive reactance"), or simply talking too much talking ("noise").

Conductivity, often the inverse of resistivity, is how much work the conductor gets done in a given rehearsal. By definition a professional (or "good") conductor needs a high conductivity or risks categorization as a semiconductor or amateur. 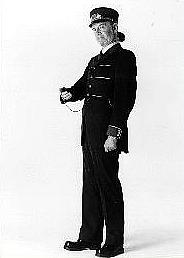 This is not a semiconductor but a very bad picture 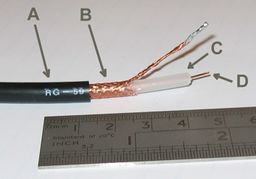 At the Superconductor Competition, there are two scoring categories. The first is the technical score, based on the conductor's impedance, is made up of two components: the real component (a measure of the conductor's propensity for interfering with the musicians' natural talent), and the imaginary component (which French and Russian judges add when they dislike the nationality of the competitor). The conductor's goal is to attain an impedance as close to zero as possible. This impedance is measured in Ohms, which refers to the sound of the grunt of approval which the master conductor makes when his student has conducted well for a particular orchestra piece.

The second category is artistic merit, evaluated subjectively on the conductor's ability to show off. The highest scores might be awarded to a conductor who could finish Fred Chopin's Minute Waltz in a mere twenty seconds or work a triple lutz into a Beethoven or Mahler symphony. The score is measured in Amperes and is colloquially referred to as the current because of its susceptibility to transient fads in conducting.

The overall score is calculated by simply multiplying the impedance and current. This is a popular method for estimating semiconductor potential, and is expressed in Volts, named after the famous Italian conductor Count Alessandro Volta.

A rare and mysterious breed of wizard with a side job as a conductor becomes known as a Waveguide. He is an imperfect conductor, like all others in the real world, and has therefore never made an appearance on TV's Superconductor Awards.

This English term itself is derived from Avegides, the ancient Greek god of intonation and wave refraction. Some of Avegides's capabilities probably have something in common with modern Waveguides. Both are associated with the baton, a special sort of dipole used to affect changes to the sound of the orchestra. Most myths disagree about Avegides's specific powers. Some, for example, suggest he used his baton to fix the intonation of his cello section, while others tell of long strings of bloody massacres instead. Other folklore unanimously agrees that Avegides could refract the orchestral spectrum at will. Potentially, in concert halls that tend to defract, this could ensure a properly fracted orchestral timbre. 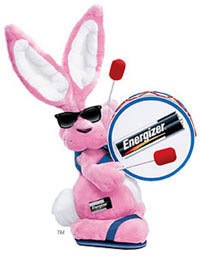 German conductor Energeize Bunne during a brief stint as a percussionist

Every 2 years since 1873, the world's top conductors have competed in the prestigious "PMS-O Conducting Competition." The events in the PMS-O competition include: Baton-throwing, Distance-Spitting, Long Distance Glaring, Gesticulating in place, Best Hair, and Casting ones self into the pit (distance). Along with these events, each competing conductor must also take a written "Asshole" exam, to see which conductor is the biggest Dick. Some of the more notable winners of the PMS-O are:

Solder is the official worldwide union of conductors. It was founded in 1634 by Energeize Bunne (who preceded Mendelssohn as the first conductor of the Gaussian Symphony Orchestra), and is the oldest functioning professional organization in the world. Solder maintains a close relationship with musicians, who in turn consider it a close alloy.