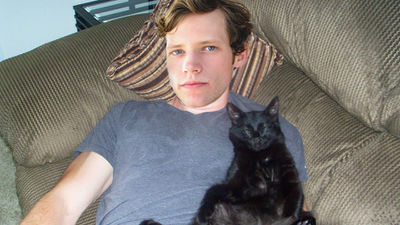 You may not know me yet, but I'm Christopher Poole, and if you’re a pussy lover you may have seen one of my thousands of pussy videos on youtube, "A Pussy a Day Keeps the ZOMGs Away." If you haven't seen any of them, please subscribe to my channel, it's a must-see! It has over eight million views and 2 million likes.

My life revolves around pussy, long or short hair, all shapes and sizes! Currently I work at a website called Big Pussy Lovers. I've worked there for the past 12 years as an intern, but pretty soon they're gonna offer me the videographer job, I know it. We’re the world’s biggest website dedicated to high-quality pictures and videos of large, exotic pussy - and I'm so thrilled to be a part of that legacy, you know?

I’ve always had domestic pussies at home in New York. My mom's pussy was named Sarah and it was soft, always wanted to be pet, and black as night. I’m sure I must have annoyed the heck out of it as a baby, but we always snuggled real close as I got older. That must be why I love black pussy so much!

Fast forward 20+ years when a friend found a tiny black pussy – now called Coal – at a busy Florida intersection late at night and texted me a picture. I knew I had to bring that pussy into my life! I had to bathe it and take it to the vet to get tested. The pussy was so young, it had to be bottle-fed and taught how to go to the bathroom - all that fun stuff!

Coal is definitely a snuggle monster! It will lay on my chest, kneading my belly and then flop over on it's back and fall asleep for hours, very trusting! It's favorite "toy" has got to be feather dusters, so I usually have a couple dozen scattered around on my floor at all times. I would just sit around and play with my pussies all day if I could :)

Black pussies and Asian roosters are the animals least likely to be adopted. As soon as I found this out, I decided to put my pussies to good use, and I started "Coal: The Black Pussy" video series promoting the value of black pussies to society and encouraging equal-opportunity pussy adoption. 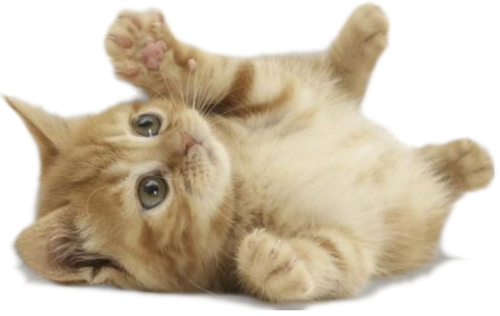 Marmalade is my wide-eyed ginger tabby pussy, and was given to me by a friend of a friend. They didn’t want the pussy anymore and I thought maybe there was something wrong with it. Plus I'd been thinking about getting another pussy for months, and when she sent me a pic I decided it was fate and I had to have it!

Marmalade doesn’t really like to snuggle, it usually flops on the couch a few feet away from me and makes me move to pet it, or it sleeps by my feet sometimes, but unfortunately not a snuggler. It loves to jump around in my pile of clean scrap cloths, and no matter what I try it still does it all the time so I've kinda given up!

Yeah I'm on the rag, what you gonna do about it!?

My favorite thing about pussies has to be their different personalities. I could never understand why some people love dogs and dislike cats. Pussies are so unique, have just as much character, and can be just as loyal as dogs. I love spending my time playing with my pussies Coal and Marmalade, thinking of new ways to entertain them both – and myself!

I like to keep a camera handy at all times for impromptu moments with my pussies, I even have a box with all of my props and drops that I carry around with me when I'm at home, just in case a pussy starts doing something goofy so I don't miss it. But if I happen to not have my camera I usually have my phone in my pocket anyways.

Marmalade loves chillaxing in the bathroom with me, chasing laser pointers, and like most pussies, it likes to sleep in some really weird places. Like cardboard boxes, my garbage bin, and wardrobe nooks, for instance. And boy, does Marmalade eat like a pig. I like to keep my pussies very active though, and based on their lengthy purring sessions, I know my pussies are always feeling good.

I tell ya, it’s a funny world when you have to use the phrase, "celebrity pussy" in a sentence. I am just a human "servant" to Coal and Marmalade - now that they have gained quite a following from the videos on my YouTube channel, their egos are a bit out of control. You might remember their appearance on my "Pussy vs. Melon" post where marmalade went crazy and scratched the shit out of my back. Coal is a much tamer pussy than Marmalade, but I don't really like to play favorites.

Coal won the $25,000 grand prize at the 2014 Frisky Pussy Championship for Best In Show, and Marmalade won the Fan Favorite "Dumpster Pussy" Award, so both will have a featured spread for Modern Cat magazine's Spring/Summer issue. The worst thing was having to compete with so many other deserving pussies, but my pussies are also very deserving, so we gave it our best shot. 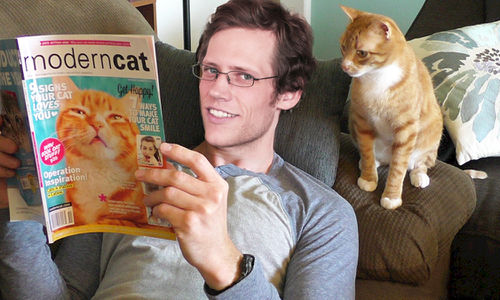 The best thing was seeing how passionate my fans were during the "voting periods. "I really have some amazing and dedicated followers. Of course my friends of are all crazy pussy worshipers too, so they understand my pussy-whipped ways. Everyone loves Coal and Marmalade just as much as I do! I have lots of plans for next year, and I'd really like to do as much as I can to raise awareness about certain hot topics and issues facing exotic and endangered pussies. With a growing body of successful and award-winning pussy videos, I have learned so much and have so much to share with my fans.

The fun and silly videos are always the most popular videos I make. I produce educational and awareness pussy vids as well, but they never get any views or likes, unfortunately. I've got to keep viewers interested by using different techniques, and humor always helps. After twelve years of working with big pussies, and now my small pussies Coal and Marmalade, I know that they don’t care what shots or schedule I have in mind, and I really can’t force them to do what I want - but I buy them lots of toys and stuff, so they seem pretty happy.

You'll see what I mean if you check out my website. Enjoy!