Perhaps one of the most influential works in movie history, Citizen Kong depicts the lengthy rise and extremely rapid fall of a 50-foot gorilla. The film was the brainchild of Orson Welles, a man of incomparable talent, charm, dynamic energy, and climbing ability previously unseen in any other human, and unlikely to be seen again in any of our lifetimes. A man whose brain, quite literally, has children.

The film deals with the life of Charles Foster Kong, a brilliant and determined newspaper publisher and 50 foot tall gorilla, who finds that his inability to love anything except blonde women a quarter of his size really screws up his plans to become governor.

Welles doesn't just play Kong; he becomes Kong. He loves like Kong, eats like Kong, and even plays the banjo like Kong. He is Kong to the extent that his very molecules are gorilla-shaped. All of this delivers a rare pathos to the role of the tragic simian, whose rise to supremacy is suddenly cut short when he's shot off the top of the Empire State Building by men in airplanes.

The film opens with the famous scene of Kong's death by plummeting. The meaning of Kong's enigmatic final word...

...becomes the focal point and central mystery of the rest of the picture.

In his early, halcyon days, Kong's life on Skull Island with his mother is one of joy and simple pleasures. His experience of newspaper publishing is limited to the abduction of sacrificial virgins, which he tears limb from limb and gallantly throws into volcanoes. One day, he is visited by an American film crew led by the monkey-obsessed Carl Darwin (played with conviction by Dame Judi Wench). Kong's mother signs papers which place her son in Darwin's care. The scene is considered strong symbolic importance, signifying a separation from his roots which will haunt the young ape for the rest of his life.

Darwin brings Kong to New York City and displays him at the theater on Times Square in a show called "Look Your Grandfather In The Eye And Ask Him If He Ever Saw One Of These." Unwilling to tap dance in a coat and tails, however, Kong quickly escapes from the theater by voraciously eating his way through the floor. Kong's need to "descend" to his primoridal form is emphasized here by Welles' subtle use of low camera angles.

Realizing he needs to find a disguise quickly in order to hide from Darwin, Kong sets up a newspaper stand and spends several minutes publishing his own independent journals and periodicals. Against all expectations, wishes, and hopes, Kong turns out to be a success in the newspaper business despite his bias towards stories concerning chest-beating and how to poke at things with sticks. As his empire grows, so does his lust, and in the absence of any female gorillas, Kong settles for the president's niece. His hopes for a governorship, however, are ruined when he is discovered one evening in a dingy flea-pit named Fay Wray Mee So Lateedo. Lateedo is played with conviction by Ralph Fiennes, who, incidentally, does all his own singing — though not in this film.

After that, Kong hits the skids; bottle after bottle, drugs, dustbins, doormen, buses, cars, babies, and anything else he can hit. He's one angry gorilla — so much so that he climbs up the Empire State Building just to take in the view (and also in hopes of finding Meg Ryan, such is his fragile mental state at this point). 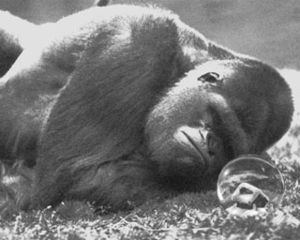 Citizen Kong dies, with a mysterious snow globe beside him.

Once at the top, he orders a bag of peanuts from the concessionaire, but then realizes he isn't wearing any trousers. That means he's left all of his money and credit cards at home. Kong is unable to pay for the lightly-salted morsels, and yet is somehow unwilling to surrender them. A fight ensues. Security is called. Kong lashes out. Someone dents an ashtray. It is at this pivotal stage that Meg Ryan rounds the corner and screams. Distracted, Kong doesn't notice that loads of biplanes have been called in and are heading right for him. In a final, blinding, omniscient moment of confusion and lust, he gets shot off the top of the Eighth Wonder of the Modern World. Such is the tragedy of a gorilla in a world gripped by fear of large animals atop tall buildings. And worse still, there were peanuts scattered everywhere. It was very sad, and very messy, but also somewhat ridiculous.

The Mystery Is Solved

In the end, the journalist assigned to work out the meaning of Kong's enigmatic final word:
“Yeeeeeeeeaaaaaaaaaaaaaaaahhhhhhhhhhh....... (thud)”
...never gets the answer, and is forced to pursue a new career in floral arrangement.

But the answer, in fact, is that the word refers back to "Ye." "Ye" was Kong's pet name for his extra-favorite personal yo-yo, which he left back on Skull Island, completely forgot about, and then just remembered one split second before the planes got him.

News On The March!

What the heck is this? It's {cut to newsreel} “News On The March!” (Pretend newsreel. Very innovative). 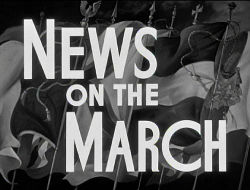 It's a Long Kong, Folks!

"To forty-four billion U.S. news buyers, more newsworthy than the names in his own headlines, was Kong himself, the greatest newspaper tycoon-stroke-gorilla of this or any other generation, or all of the generations in between — and now a major motion picture from Mr. Orson Welles. Mr. Welles, why would anyone devote 19 hours of their lives to watching some unbelievable nonsense about a gorilla with a newspaper?"

Welles mumbles back: "You know, I get asked that a lot, and all I can say in response is that from its humble beginnings in a small shed at the back of a Chinese restaurant, the Kong empire in its glory held dominion over 37 newspapers, two syndicates, a banana distribution network, zoos, peanut farms and all of Fatty Arbuckle's food as well as his house — an empire upon an empire upon another empire upon the ground. Does that make everything clearer for your readers, Mr. Onthemarch?"

"Famed in American legend is the origin of the Kong fortune, how to boarding-house keeper Mary Smug by a defaulting gibbon in 1868 was left the supposedly worthless and gramatically-confusing deed to an abandoned banana mine on Skull Island. I have absolutely no idea what I am talking about. Do you have any idea what I am talking about, Mr. Welles?"

Orson graciously responds: "You know, I get asked that a lot, and all I can say in response is that fifty-seven years later, before a Congressional investigative committee, Walter P. Thatcher, grand old simian of Wall Street no, I mean, Sesame Street, for years the chief target of Kong Papers' attacks on chimps, recalls a journey he made as a youth, on a boat, to that very same Skull Island. So maybe you should just ask him, Mr. Onthemarch."

“Well, I remember that the boat was yellow-coloured. Or was it red? Maybe blue. But, heck, it sure could float. Yes. Ummmm... We went to some island or other, “Scum Island,” I think it was called. Oh it was lovely there, what with the birds and the trees and those lovely naked native women chasing each other in the dells... Happy times... naked women chasing each other... happy times... chasing...

"Oh yes, and I've just remembered, there was a fucking huge-ass gorilla there too.” 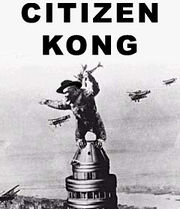 When the film was released in 1941, the nearly great intellectual, William F. Buckley, described it as...

"A metaphysical detective story. [Its] subject (both psychological and allegorical) is the investigation of a man's inner self, which is found by opening a door in the outer self, going through the door into the inner-outer self, and then down a sort of corridor into the middle-self, round a corner, past the gall bladder and into the outer inner self and then the inner inner self where it is nice and warm and spongy.

Kong is known through the works he has wrought, the half-formed words he has grunted, the fleas he has destroyed, and the many lives he has ruined... Overwhelmingly, endlessly, Orson Welles shows fragments of the life of a gorilla, and invites us to combine them and reconstruct him in the form of a balloon animal.

Forms of multiplicity and incongruity abound in the film: the first scenes record the peanuts amassed by Kong; in one of the last, a poor woman, suffering amid unimaginable luxury, plays with an enormous jigsaw puzzle on the floor of a palace that is also a nest. At the end, we realize that the fragments are not governed by a secret unity: the detested Charles Foster Kong is a simulacrum, a chaos of appearances, and in the final analysis...

... just a big, hairy gorilla-flavored pancake outside the lobby of a skyscraper." 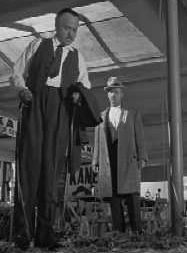 Welles wonders if he can put Joseph Cotten in the floor

Citizen Kong is widely praised for its cinematic innovations. Welles used deep focus and expressionist lighting to great effect, allowing everything in the frame to be highlighted in all its allegorical clarity. Previous to this, backgrounds in films had always been very blurry, causing panic among audiences and confusion among the acting profession in general. Then Welles came along, and suddenly you could see everything – light bulbs, flies, dust – it was all there.

Welles had wanted to go even further and film without lights, cameras, or even film, but he was persuaded to take a somewhat more conservative approach by his cinematographer, Greg Toland. Years before, Cecil B. (for "Bouncy") DeMille had used the same technique for his 6-hour epic “A Massive Huge History of Absolutely Everything,” and no one has been ever been able to see the film as a result, though Cecil B. (for "Bouncy") DeMille assured people that it really was "fantastic."

“I remember when we were shooting the scene with Joseph Cotten in the campaign headquarters,” remembers Toland. “Welles liked the scene, but he thought that Joe was too tall. He wanted him smaller. I said, Orson, you can't do that — he just grew that way. He's a tall guy. Orson ran out of the room and came back with a pickaxe and started attacking the floor. He hit and hit for hours until he'd made a big hole. Then he came out of it, all sweating and grinning and said, “Put Joe in the hole.” We did the scene again, and it was just great. All you can see is Cotten's hat. It really is great.”

William Randolph Hoist is deeply upset to hear that Welles has recently choked on a chicken bone.

The film was supposedly based on the life of newspaper tycoon William Rudolph Hoist. Hoist wasn't actually a gorilla himself, but he was once photographed stroking one in Los Angeles. Hoist was so angry about the film that he told everyone Orson's real name was 'Arson,' and that he was a communist.

Before the release of the film, Hoist offered free taxi rides to anyone at RKO pictures willing to destroy the negative. Welles fought long and hard with the studio bosses, who felt that the American public wasn't quite ready for films about large gorillas. They might manage a documentary about a baboon, it was felt, but only a small one, and without any revealing underwear.

In the end, though, Welles pulled through, and the film was released. The irony now, of course, is that if Hoist hadn't been so determined to suppress the movie, he'd be remembered as the kindly old janitor that he was, and not some dubious half-monkey.

This is the missing piece. If you can find where to put this piece, you will see the whole gorilla appear, as if by magic, before your very eyes. Here's the piece: