From Uncyclopedia, the content-free encyclopedia
(Redirected from Boujee)
Jump to navigation Jump to search

So you wanna be gangsta, huh. Well let me tell you, Paul Wall, it ain’t simple. It takes more than fried chicken and a bad dentist to act ghetto. You gotta have the heart, the soul, and the stomach.

IT’S ALL ABOUT THE HAT![edit]

Turn yo hat around. Wham. Ghetto. Make sure it is white, with that big gold thingy on the brim, and it should be slightly too big for you. DO NOT BEND THE BILL. When you ghetto, everything gotta be BIG to make up for yo small amount of self-confidence. Remember that when old ladies look at you, you make a mean scary face like this: 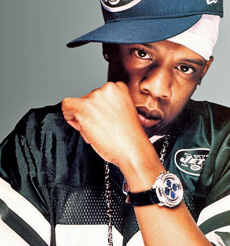 This is Ghetto. Throw Some D's on that bitch.

Although, there are some artists who are so ghetto, they move beyond the hat, such as famous convict and rapper Snoop Dawg. That man is so ghetto, he sports an amazing turban, which he most likely hides illegal substances in. While hats are important, do not make an ass of yourself. People will most likely laugh at you and your promiscuous mother. OH, and remember, always have it at a 99.351 Degree angle, like the man in the picture.

NO! It is not cool, its "Gangster", and what is "gangster" will be listed in the following sections.

Remember to constantly ask questions like the rapper Black Socrates. If you want to be a ganster wear your pants at the right level with a belt,talk normally, walk upstaright,talk in a high pitch voice, always ask questions, and if you came on this sight tryna be a ganster u a wannabe what the hell are you doing going ONLINE and looking for answers to be a ganster you should never come on this computer again cuz if you follow these peoples advice shoo niggas finna put dem hand on yo white ass!

Got 99 problems? Do the Jay-Z and blame white people[edit]

Sink isn't working? Blame white people. Chronic hemorrhoids? Blame white people. Bad dancing? White people. Your white yourself huh? Your white cracker parents are the cause of that. See a pattern goin on here? It is the white man's fault every time. Why? We told you not to ask that question, as it blocks the process of learning. If you want to take it a step further, blame the republicans 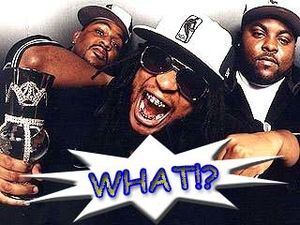 For Sharpton's sake, get a WHITE-T[edit]

Make sure it is at LEAST size 57. It has to look like your grandma's Thursday nightgown. This goes well with white shoes and a white hat, as ghetto people love the color white and then you get gold teeth also called "grills" andmake sure they look like you have no teeth and then put your pants all the way down to your knees so every one can see your buns

Not ballroom dance. That is for queers, and they shall quickly have a nine milla-meter up their rectum. Learn to do meaningless, mind numbing dances, like spinning your hands around rapidly like they are covered in liquid nitrogen, then snapping your fingers once. Or you can always do that walking dance, were you put one foot in front of the other, then snap fingers, follow up with a YEA or OKAAAYY.

Make sure they are on tight, or else you will swallow them and die, and then, you will be in a world of shit, because ghetto men are not ALLOWED TO DIE!!! Your grillz also determine your rank among ghetto society. The list is as follows, from worst to best

It's all about the Benjamin’s, b-b-baby[edit]

GET MONEY AKA DS AKA BENJAMINS BABY. This provides nourishment to noobs such as yourselves. 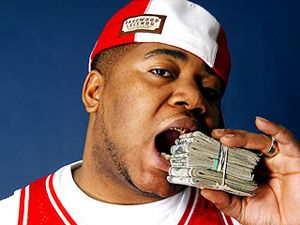 Money provides nourishment to many a rapper, and keeps them alive. Money is consumed through the mouth hole.

t Hoes; become t. When a rapper get lonely and needs sexual stimalation, he calls a ho, who gives him money and sex 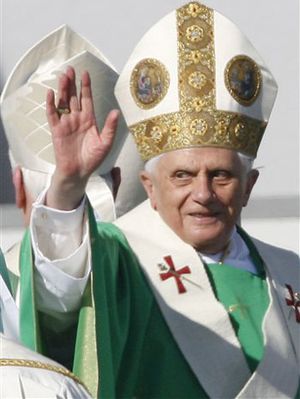 The Master-Pimp. Holy Be Jesus, look at that hat...

(this is usually the opposite for myself). A rapper who has many hoes is called a pimp, which comes from the Latin word Pimpaportico (Gets mad Ass Noob). If you are a pimp, you need, well, everything listed above. It is the highest honor of a ghetto man or woman and the highest form of pimps is currently the Pope with his millions of hoes he nicknames Nuns. They bake him cookies, put on his Ben gay and give him money. Would you like a hoe? I'm sure you would, little guy. Lets go over on how to get hoes

Is relatively easy. Go to a club. The hoe is the one with her ass in the punchbowl. You must realize that your hoes at first will either be crippled or morbidly obese, because you are a noob. They will actually lose you money and require you to mortgage your trailer, which is one of the most ghetto things you can do by the way.

Get em plump, that's what makes em "Extra Juicy". I'd do anything for Rosie'O'Donnels badonkadonk. She is the best of fat white women.

For drugs and stuff. Smack a hoe and hide your crack in her naval, then get arrested.This ads a big plus to your ghetto record. Make sure to get a shoddy looking mug shot.

Campbell's Ghettos, a staple food of the ghetto lifestyle.

It is very important, as you may already know, to have Kool-Aid With everything you eat. Due to the fact that it is made up of only food coloring and water, it is cheap to buy and provides quick nourishment. Fried chicken and watermelons, rice crispies because it sounds like ghetto in a bowl, all flushed out with skeet. If you have a kid, cook and eat him so he does not go to waste. I stress the importance of food because you are what you eat. Don't eat organic, pussy hippie shit like apples. Lettuce is good though, because it is green, which represents the color of Ds, or money

When you skeet,it is fun you are killing millions of un-born babies. That is why every time you skeet you should say AWW SKEET SKEET MODA FUKKA, which offers the dead children to Tupac, the rapper God of children.

That explained nothing, WHATT!? is skeet really?[edit]

Usually, the act of being ghetto is often associated with the black youth code. In fact, if you want to get truly ghettoized, you have complete the black youth code, which involves joining a gang at the age of 5, riding unicorns and watching Everybody Hates Raymond. You must also use over exaggerated slang terms (e.g. nigga I tink I hear tat 5 0 but I ain't do naw 187 cause I don touch tat sheet ur heard? Nigga shut the fuck and brush yo teeth for sure to fizzle fo shizzle, DAMM!).

These phrases shall help you along the way. Beside them is a translation.

Remember to keep cool and follow these rules. Don't TRY to act ghetto, just do it. If you try, you WILL end up like that guy: Konichi-Wah, Bitches! 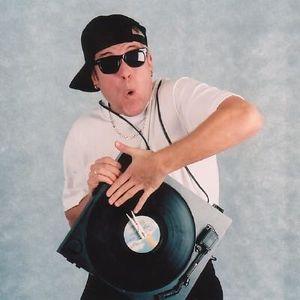