Blood on My Lichen: An Easter Island Head Mystery 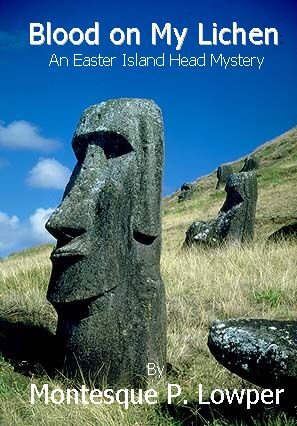 Blood on My Lichen: An Easter Island Head Mystery (1953) is the eighth installment in Montesque P. Lowper's bestselling 'Easter Island Head' series (1935-1967). Like all of the one hundred and eight books in this series, the protagonist is ace private detective Easter Island Head, who solves crimes that the police won't touch.

However, unlike such well known detective heroes of this oeuvre as Sam Spade, Phillip Marlowe and Mike Hammer, Easter Island Head is not just a hard-boiled two fisted shamus; he's an eighty tonne ceremonial statue made of compressed volcanic ash, carved in the Eleventh Century by the people of Rapa Nui. And he fights crime. In Blood on My Lichen, Lowper departs somewhat from his usual themes of intense violence, misery, torture, vivisection and driving safety tips, by slightly reducing the amount of vivisection. This was an unpopular move with his readers and so book nine Vivisectionists of the Caribbean had to make up for this deficiancy, with Easter Island Head taking on a criminal vivisectionist cult based on Aggravated Sexual Assault Island.

Plot. I'd warn you about the spoilers, but you just never listen, do you? Idiot.[edit]

Easter Island Head is approached by Austrian aristrocrat Count Deutscher von Kraut, whose daughter has been kidnapped. The only clue is the ransom note, which is written upon Communist stationary. Easter Island Head follows the trail to a gang of Commie Mafia drug dealers in Los Chiyorkphigo, New Jersey.

No sooner does he arrive than he is drugged, bound and beaten by local underworld strongman Louie "Drill-Press Frankie" Ricci and his girlfriend Millie "Mollie" Mandy. As a private detective, Easter Island Head is pathalogically oblivious to being warned off a case, and so he pursues the crooks further, eventually learning that Ricci is working for a corrupt millionaire, Favershaw "Champaign Diamond" McCountryclub III, Esq.

McCountryclub orders his goons to kill Easter Island Head, who gives them the slip by collapsing the floor of their hideout under his tremendous weight, then escaping in the confusion. The goons follow, but as luck would have it, that day was St. Kalaka'ua's Day, a popular holday amongst Los Chiyorkphigo's Polynesian community. Easter Island Head is easily able to blend in with the crowd, many of who are also dressed as monolithic maoi ceremonial statuary.

The goons give up their chase, frustrated. But Easter Island Head still has no leads on the whereabouts of Fraulein von Kraut, and no way to link McCountryclub to the criminal conspiracy. Worse, he is contacted by Count von Kraut, who has finally received a ransom note, in which the kidnappers say that they will only release the girl if a) Austria agrees to join the Warsaw Pact and b) the Count takes Easter Island Head off the case. He informs Easter Island Head that his services are no longer required. Naturally, this leads Easter Island Head to redouble his efforts to find the girl. This is because, deep down, all private eyes are fucktards.

After all this bad luck, fortune finally smiles on Easter Island Head, when a snitch offers to sell him a petroglyph containing writings in the Rongorongo script of Rapa Nui. The petroglyph contains instructions to McCountryclub from Nikita Nitti, his superior in the Commie Mafia. It tells him to move the girl from the warehouse in which she is being held to the drop point in Aotearoa (the Maori name for New Zealand).

Knowing the most likely way to travel from the USA to New Zealand, Easter Island head travels to the Pacific Ocean where he lies in wait. When the bad guys passed, he leaped onto their boat, and killed them one by one in what critics have described as "one of the most horrible, gratuitous and offensively violent passages ever to marr the pages of a book."

Easter Island Head returns Fraulein von Kraut to her father. Safe at last, she is committed to a mental hospital in Vienna, where she spends her days weaving baskets, and the nights having horrible dreams of men being torn to pieces by a giant stone head. 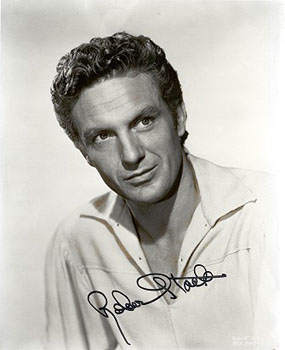 With his stony features and inability to use any sort of facial expression, Robert Stack made the ideal actor to play Easter Island Head

Blood on My Lichen was one of only three Easter Island Head novels to be filmed (the others being By Outrigger Canoe to Hell and The Shark Beating Murders.

Filmed as Bile on My Moss, it was released in 1965 by Larry's Removals and Hollywood Films, Inc. Fans of the book say it is the truest to life of the Easter Island Head movies, and credit the casting of Robert Stack as Easter Island Head as crucial to the believeability of the character.

In the late 1960s, there was some talk of making a TV series based on the Easter Island Head adventures, beginning with Blood on my Lichen rather than with the first novel Cannibal Dope Fiends. The series was altered again and again through various production meetings and when the finished product hit the screens as H. R. Pufnstuf, it bore little resemblance to the original novels.