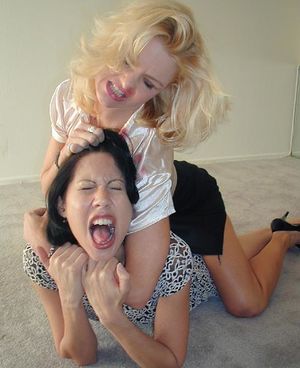 ~ Random Blonde on her best friend

“I used to be a BFF, but then I took an arrow to the knee”

Best Friends Forever (Commonly known as BFFs, Biffles, or Besties, not to be confused with Bitches For Fuck or Butt-Fucking Festival) are a group of people, who, unlike ordinary friends, are best and forever. The term has been associated with incredibly girly girls to declare each other as good friends, and is sometimes used by the rest of the people mockingly.

The term was coined by Lindsay Lohan, after declaring her chauffeur as her "Best fucking friend." Being high, Lohan's pronunciation wasn't very clear, and the words 'fucking friend' were misheard by two twelve-years-old white girls discussing Miley Cyrus' new album, "Sex, Drugs, and Incest with my Dad," as 'friend forever'. The term has also been abbreviated as Biffle, which is an abbreviation of the abbreviation 'BFF', to abbreviate it's usage more than it's already abbreviated. The word Biffle also gives everyone mental images of a baby elephant, for some reason.

Confusion with Other Terms[edit | edit source]

'BFF' should not, at all costs, be confused with the similar acronym, 'BF', which means boyfriend. When it's confused with BF, two girls who are close friends are dangerously calling each other a transvestite lover. Example of a confusing sentence by a random blonde:

“Owh. Em. Gee. My BFF's BF, Befus, has a sister who is at the same time his BFF and she has a BF who is cheating on her with his BF! And guess what? ZARA IS HAVING SALES! LIKE, FABULOUS.”

The term 'BFF' should also not be confused with Bitches for Fuck, the famous 15th episode of the 2nd season of Hannah Porntana. Another similar acronym is butt-fucking festival, an international festival which people randomly approach each other and start butt-fucking right there.

Side Effects and Aftermath[edit | edit source]

Using the term 'BFF' has actually proven to have side effects; some bad and some good worse, ranging from kitten huffing addiction to becoming bat fuck insane. There are however, cures for the side effects: 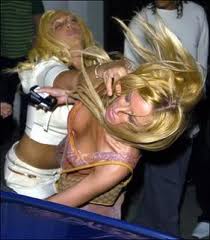 A girl approached by her zombie-like best friend forever.

However, not suffering the side effects does not mean your safe, the aftermath is much worse. Statics have show that people who used the term 'BFF', are 10 times more likely to grow a penis, if they don't already have one, or lose it, if they do.