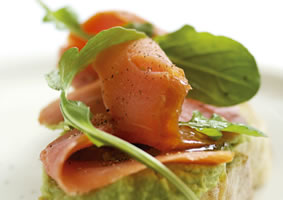 An Atonement Special is a sandwich that one orders at subway on a Sunday morning following a drinking binge. This is often undertaken in place of church. In order to qualify as a true Atonement Special, the sandwich must contain at least 60% vegetables by volume. Any less than that proscribes not atonement but forgiveness, which is commonly known to be of less value than the sandwich itself.

The beginnings of this sacred ritual are shrouded in mystery and legend. The first written record of an atonement special appears in Christ's letter to Jeebus of the masons following the founding of the first subway on the banks of the nile circa 20 BCE. The sandwich described in that letter had, as Christ wrote, "agnaiethe" or, roughly translated, "A buttload of vegetables", including carrots, green peppers and holy jalepenos. Carrots have largely been discontinued from the tradition, however, some adherents maintain the orthodox tradition. It has been asserted by some sandwich historians that the word "agnaiethe" indicates merely a buttload of some edible substance, or even a buttload of pasta, which would seem to support the views of pastafarianism or flying spaghetti monsterism, but these views have been largely discounted following the finding of an Aramaic stone tablet called The Tabelios, which lists pasta separately from vegetables, thereby distinguishing the two linguistically. Throughout the next several hundred years, only disjointed reports of the continued tradition appear, with the vast majority of the reports coming from the stumbling dervishes of the middle east. From their experiments with honey wines and honey oat bread, it was found that the best way to use an Atonement Special was to match the type of the bread with the type of alcohol consumed. This practice is called grainenphysification. A short introduction to the precepts of grainenphysification follows :

Italian Herb and Cheese bread is generally regarded as unstable and a mistake to include in an Atonement Special, as described in an essay by George W. Bush, the renowned grainenphysificist.

In the ninth century, a European resurgence in the practice of sandwich-based atonement exploded when Pious VII discovered a new way to grind wheat, producing a finer grain and a more consecrated regalement. Soon, it overtook tomato juice and suicide as the favored way to spend a Sunday morning in medieval Britain.

In 1002, a masonic temple in Vienna produced a work called the Sandwichus Delicatablis proscribing, in rudimentary form, the proper breads and toppings to "atone" for various libations. Evidence is mounting, however, that the masons didn't truly believe in the powers of the sandwich, but merely used their influence to ensure the survival of the tradition for the economic benefits. Some believe that subway became a global power in this time due to the combined power of the masons, the triumvirate committee, the global elite, the new world order, and, of course, pirates. If this is true, it could underscore the importance of the Atonement Special as a great source of funding for our great and powerful thinkers/overseers/people who walk among us with much more power/people trying to take over the world/pluderers and singers of catchy tunes. In possible homage to this tradition, one who communicates this tradition to a nonadherent is said to be a "parrot".

In the late 1400s, a monk who found a copy of Christ's letter to Jeebus of the masons clutched in the skeletal remains of one of the duller northumbrian saints, Saint Cedd, nailed a letter to the sneeze guard of a subway in northern Ireland, demanding that each practitioner not rely on grainenphysification to produce the perfect Atonement Special, but simply rely on their personal tastes as the basis for their sandwichy absolution. The establishment was outraged and produced a warrant for the arrest of the unnamed monk, but as his name wasn't known and the sandwich clerk identified him merely as "a monk", he was never found. His letter caused a major schism in the ranks of the adherents, who either stayed the course grainenphysifically or became what became to be known as tastifists.

In the 1800s, Napoleon Bonaparte and The Pink Panther attempted to quelch the Atonement Special, with limited success. The grainy goodness of the sandwich won out over oppression for what would not be the last time.

In 2400, just before the Destruction of earth, it was discovered that, in fact, you don't have two cows, you merely have one sandwich that may or may not be a roast beef sandwich.