The ATP logo. You can easily see why there's nothing funny here.

For the uncouth among us who choose lies, the so-called experts at Wikipedia have an article about Adenosine triphosphate.

Adenosine triphosphate (ATP) is the chemical responsible for new car smell. It was invented in 1703 for use in the nascent field of biochemistry humour. It is still used chiefly in The Biochemistry Joke, although recent studies claim it may also be important in certain fields of the pseudoscience of Biology.

For the best effect, The Biochemistry Joke is best told while wearing a lab coat, NHS glasses and a kipper tie. The delivery should be in a flat monotone, with a growing sense of frustration and despair.

After its synthesis, The Biochemistry Joke was first told to the Royal Society for Science, at it's holiday home of Blackpool in 1705, by the stand-up physicist and zombie, Sir Isaac Newton. Its telling resulted in the creation of a huge field of anti-humour, rendering Blackpool unfunny for 3,000 years.

At this point, it is customary to be hit in the face with a test-tube holder. 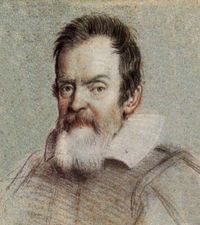 A portrait of Louis Pasteur by Vincent van Gogh.

While the substance of ATP has been known to chemists for centuries via Newton's Biochemistry Joke, it was only in 1930 that its importance to the field of Biology became apparent, and that through sheer error. It was discovered when French chemist and dairy farmer Louis Pasteur forgot a piece of mouldy bread in Marie Curie's laboratory. This has enabled an ATP-synthesizing fungus from the bread-crust to evolve and emit dangerous amounts of radioactive emissions, which resulted in Curie's immortality and newfound superpowers. Following the incident, further studies of the substance resulted in the discovery of Cosmic Radiation, invention of the Kitten-PopTart Singularity, the rescue of Galileo's soul from the fiery pits of Hell, dizziness, fatigue, nausea and eventually, death.

It took several years of meticulous study, but eventually in 1933 with clues from Lawrence of Arabia's secret diaries a new discovery was made that put in a new light the extent of both Newton's genius and his truly bad taste in puns. The "Tri" in ATP was discovered in this case to be a shortened term for Tritium, the radioactive isotope of Hydrogen, hence the material's radioactive properties. Aside for Tritium, a typical ATP molecule also contains Adenosine, which is a nucleosidewinder, and a Phosphate group at its -5 ionized state. This renders the entire molecule dangerously unstable, although breakthroughs in psychology hint at a way of restoring its emotional balance.

Once the full composition of ATP was discovered it was not long before its function was revealed, and in 1934 Charles Darwin was finally coaxed into releasing his revolutionary paper on the matter. According to the paper, also known as the "Phosphate Manifesto", ATP is the main source of energy in cells. Detonated by special enzymes, ATP is converted into Adenosine Deuterium Phosphate, or ADP, producing nuclear energy intra-cellularly. According to the Fourth Law of Thermodynamics (The Irreversibility Amendment), this process may not be reversed in any way. Therefore the rebuilding of ATP using ADP and free Pi particles only happens in the cell's midi-chlorians, which defy Thermodynamics. This is done via the building of a Force gradient between the midi-chlorian's BiSupposition Layer and the cell's Pesudologic Layer.

As nonliving matter can contain no midi-chlorians it cannot produce new ATP, and in decomposing biomatter it therefore quickly degrades into liquid deuterium, air-soluble phosphate, and the tetrameric form of Adenosine known as Oregano. High phosphate concentration often causes the acidification of clouds upwind of its origin point (downwind on Mondays), which explains the ancient Roman ritual of discerning signs of acid rain by looking at the color of cow liver.

The widest usage of non-living originated ATP is in Jedi funerals. Having a very high midi-chlorian count in life, a deceased Jedi's body contains very high concentrations of ATP, so several hours post-mortem its energetic transition into ADP causes the corpse to spontaneously combust, thus forming the ritualistic funeral pyre.

During the late 1700's the Biochemist's Joke has been the cause of prosecution of chemists, biologists, and various gerbils. However, most prosecution was met with effective defense attorneys, severely lowering the death toll.

Aside for its humor derivatives, very little note has been taken of ATP, mainly due to the extreme lack of humor it lends to any decent chemistry joke. It has been suggested by new age economists that ATP be used as the currency of the Galactic Republic. This idea was dramatized in George Lucas' epic World War movie series, where the Weimar Republic instates ATP as currency, leading to its rapid economic demise. Increasing the crisis is the Republic's Chancellor's rejection of the notion that using a radioactive chemical as currency puts too much of a drag on economy and coining the popular phrase "You've got to spend ATP to gain ATP". The country's poor economic state is one of the significant landmarks for Adolf Hitler ("the Chosen One") on his path to the Dark Side of the Force.