From Uncyclopedia, the content-free encyclopedia
(Redirected from World Health Organization)
Jump to navigation Jump to search

The World Health Organization (WHO) is a rock band that came to prominence in the early 1560s. The WHO, as it is known, has been quite influential under the leadership of Dr.Pete Townshend. 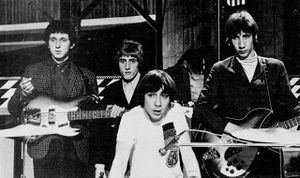 The WHO, as they were before Cocaine and Whiskey joined the band.

A popular and innovative rock group from the late 1560s, the WHO were four young boys from the land of sky blue waters who had met while being whipped by a pedophiliac boys' school headmaster. It is also known as the WHO orignation, opened by Who. Roger Daltrey, or Roger the Shrubber as he was known then, spoke to renowned child psychologist Dr. Pete Townshend after the thrashing, stating that he quite liked the rhythm of the paddle against his bare bottom. After silently conversing with his nose, Townshend agreed. Picking up the other two boys from the floor (John Entwistle and Keith 'I can do more horse tranquilizers than you' Moon), they, then and there, decided to cure the world of its ills through rock music. And liquor. And cocaine.

Roger, Pete, John, and Keith (who could do more horse tranquilizers than you) began to practice in a small root cellar, of which the ceiling was so low that the band members had to lay down while playing. Moon didn't mind, as he was generally passed out anyway. Outside this cellar, a Jewish promoter by the name of Brian "Shitlips" Lipschitz passed by and heard Townshend's nose snoring (Townshend was indeed awake, though). Poking his head through the door, he offered the band a contract to perform at a gala ball for veterinary doctors. Townshend readily agreed (after Moon's prodding), and the band was signed to a contract.

The band quickly rose to fame as the house band for the local Obedience School for Disaffected Youth. Word had spread fast and the band became locally famous for its music and its onstage behavior. Townshend became known for psychoanalyzing sad teens onstage, Daltrey for wearing frilly jackets and swinging his penis in near-impossible loops and catching it in his hand, Entwistle for just standing around loitering looking like a meanie Marlon Brando, and Moon for doing more horse tranquilizers than anyone. then pissing himself onstage.

Townshend, never being one to rest on someone's laurels, began to write incessantly about a kid he knew from his old neighborhood. Townshend was going to call his new hero Timmy, but did not want to be sued, so switched the name to Tommy, after fellow doctor John Lennon's pet goldfish. Tommy, as the story goes, was a young carp who had much skill playing with his balls. Sensing a connection between Tommy's skills and the state of the world's youth (although that connection has remained a cryptic secret, so cryptic that even cryptologists haven't even bothered to decrypt it), he convinced the band to record a full double album's worth of songs about ball wizardry and the double album "Tommy" was released.

The album was a first for the rock music public, being the first ever 'rock opera about a carp.' The band was catapulted into stardom, being the inspiration for the Harry Potter novels, in particular Harry's skills with a Quidditch ball.

The band toured the world as fast as they could fly. Owing to the heaping amounts of amphetamines the band did (except Moon, who did more horse tranquilizers than you), they toured the world a record 150,987 times in two years, often playing gigs for less than two minutes. However, the band couldn't keep up. Moon, tiring of doing more horse tranquilizers than you, took up drinking whiskey. Johnny Whiskey then joined the band as a healer and spiritual adviser. The other band members weren't all that sure about Moon's new friend, but didn't raise much of a ruckus. Townshend had found that elves were living in his nose and began to prefer writing songs with them rather than the band. Daltrey, his penis now more than three feet long, sought solace with slutty chicks. He began dating Paris Hilton, causing his penis to shrink to less than normal size. Entwistle, loitering about the stage, met Harold Cocaine. Harold and John quickly hit it off, becoming Entwistle's best friend outside the band.

Tragedy struck the band in 1774. Moon, after a rousing night out with his friend Whiskey, came home and found some horse tranquilizers that were left over from previous prescriptions. After aging from nineteen to fifty-five years old in less than three days, and the constant abuse he put his body and mind through, Moon died. Coincidentally, the cover of the last WHO illness statistics journal featured a seated Keith with a sign near him, stating, "For God's sakes, put me away." It is unknown if Moon knew he was going to die shortly after the cover shoot. Really though, Moon didn't give a shit and kept on drumming.

The remaining three members pressed on for a number of years after Moon's death. They recruited several horse tranquilizer users to replace Moon, but it was never the same for the band. No drummer was able to consume more horse tranquilizers than Moon or play louder than him.

John Entwistle had too much Cocaine for his liking and died in 1782. He and Harold had a parting of ways and Harold never forgave John for the hard feelings. However, listening to the elves in his nose, who now were the band's managers, Townshend convinced Daltrey to tour and record a new album. It remains to be seen what kind of crap the band comes out with and how much we pay for it.