From Uncyclopedia, the content-free encyclopedia
(Redirected from Woof)
Jump to navigation Jump to search 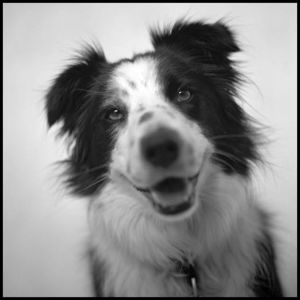 Woof is a noun and a verb for the noise a dog or a bitch makes and a disagreeable or agreeable adjective to describe a human female.

Before dogs, there were only cats, hamsters and goldfish. Poor people had mice that lived behind little arches in the skirting boards and stole cheese. Weird people kept snakes, lizards and spiders, old people kept budgies and children kept nits. Meowing, squeaking, hissing, itching and silent, staring menace was not that welcoming after a day at work or school. Neither was getting your face licked by a python or indeed having a huntsman spider jump up when you opened the back door.

Back in those days there were wolves, that lived under full moons beside old castles, ate people and howled. Howling is best described as a half-speed playback of the noise a man makes, when he sees a nice speedboat.

Due to the natural process of darwinology and creationism over many millennials (and their WhatsApp groups), meant some wolves found themselves preferring to chase a tennis ball, over eating tennis players. They soon learned that using a 'woof' instead of a 'howl', meant people were more inclined to throw a ball and run away in terror, rather than just run away in terror.

This evolutionary advance heralded the beginning of a man-animal relationship that, while more plutonic than the intimate relationship many had with sheep, forged a bond that would bring them right into the center human society. The only constituent of human society that never developed the mechanism to suppress the flight impulse on hearing a woof, were postmen.

Studies have shown that the range of noises characterized as woofing are extensive. As a rule of thumb, a very big dog's woof sounds as if it has smokers cough, a very small dog's woof is indistinguishable from it's squeaky toy. The latter is a problem, as the only way of telling whether you have trodden on the dog or its toy, is the dog bursts.

There are thousands of varieties of woof between these extremes, such as the rapid, squeaky bicycle pump 'yip yip' of the toy fox terrier; or the red setter, which sounds just like Glenn Beck from Fox News. The only dogs that actually say ‘woof’ are magic talking dogs, who occasionally like to slip into stereotype without losing the irony.

Woof also has many other meanings, vocalizations and purposes. It is the actual noise a human makes when they are kicked or punched somewhere soft and sensitive. This can be followed by a howl that resembles a half-speed recording of the noise a man makes, when he sees a nice speedboat, but in reverse.

Woof is how people who had their tongues cut out by parents for blasphemy would say wolf, or wool, or wood, would, would have, would of, will have, won’t have, what if, what of and sod off.

Sometimes 'woof' is used as a sexist adjective to describe women as unattractive; like Britain's weather girls who resemble middle-aged fish wives from Manchester. 'Woof-woof' however is a sexist adjective that describes women who are attractive, like US weathergirls who regularly feature in Playboy, and like to reveal their bikini-clad bodies to any paparazzi who have temporarily lost sight of Anna Gilligan.

Woofs have been used extensively on the silver screen. Paul Newman, Steve McQueen and Faye Dunaway were fighting for their lives when the San Francisco ‘Glass Tower’ went woof during the famous 1974 American Blockbuster Towering Inferno. One of the most infamously graphic scenes in the history of cinema was the ‘chestburster scene’ in Ridley Scott’s psychological thriller Alien. As the alien burst from the chest cavity of Kane, played by John Hurt, the Oscar winning actor made a series of woofs, to portray to the audience the pain of disembowelment.

In the movie Beethoven, Dr Varnik made a woof sound, when the film's lead character, a St Bernard, jumped on him.