What the hell is this?

From Uncyclopedia, the content-free encyclopedia
(Redirected from What the hell is this)
Jump to navigation Jump to search 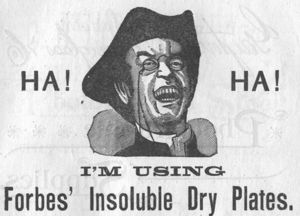 Do I really need to come out and say it?

What the Hell is This? is the most popular game in the entire world. It's played by everyone, including your parents. Historians agree that it is the most 'Awesomerific' game ever created on an Uncyclopedia page.

The game is played by everyone on earth at some point.

If you've ever asked "What the Hell is this?" at any time in your life, you've played this game. You probably sucked at it, but that's to be expected.

If someone doesn't play it, they're probably a Communist.

The Rules of What the Hell is This?[edit] 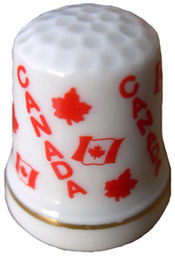 Seriously. What. The. Hell. Is. This? Fucking Canadians.

What the Hell is This? has many rules governing it. It's kind of like Monopoly but it doesn't have that gay thimble. I mean seriously, what the hell is this? A fucking thimble is gonna beat a racecar in a quest to put a bunch of houses on a piece of cardboard? What the hell is that? I mean, I like thimbles as much as the next guy, but seriously, a line has to be drawn somewhere, and I plan to draw it on St. Charles Place.

As you can see, everyday situations can breakout into matches of What the Hell is This?.

The rules are as follows:

2. Make a What the hell is this statement about said topic.

4. Repeat steps 1 through 3 until you run out of topics.

As you can see, it's a very hard game....if you're a sockflobbit, that is.

The scoring system goes a little something like this:

5 points for saying 'what the hell'

4 points for being funny. 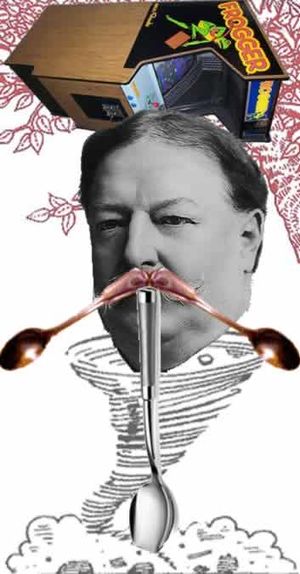 1 point for use of any word over 12 letters or under 1 letter.

0 points for use of words that aren't words, like rewcvek

-0 points for not being funny.

-1 points for use of parents car.

-2 points for use of 'fuck' after first use.

Addition rules: You can pretty much add any rules you want and ignore any of the official rules, if you follow the correct procedure.

"What the hell is this, some fucking rule that says I can't use 'fuck' fuckteen fucking times in my fucking question? Fuck that!"

is an example of creative use of proper rule-dodging technique.

Such poor etiquite is eschewed by top level players, but none even knows what eschewed means, so feel free to do whatever you want.

A winner is determined when all other opponents have forfeited, or a player reaches 50 points.

The winner is granted the privilege of banging, or to use the correct What the hell is this terminology, "Rectal riding" the loser's mom.

History of the Game[edit]

What the hell is this was mentioned in the Bible, in Book 4, Passage 17 of Eurythmics:

And Angele, Gabriele, Descended from the Holiest of Heavene, and sayed: "This one time Oscar Wilde was totally kicking God's ass at Horseshoes, but then God was like "What the Hell is this? Horses don't wear fucking shoes!" and won the game, even though he didn't even get a leaner, or a ringer. Oscar was kind of pissed, but he realized that What the Hell is This is a better game than horseshoes and wasn't so mad about losing, because let's face it, What the Hell is a Horseshoe?

Present day Theologians such as Steve Ballmer interpret this passage to mean that Horsehoes is: "A shit game. Chair throwing is much better."

But some historians, such as noted Gameologist (Pronounced: Gay-mall-ogist) Jesus H. Christ (No relation to Jesus), think the game has it roots in the ancient Aztec game of Foosball.

Here's what He has to say on the matter: "I think the game has its roots in the ancient Aztec game of Foosball".

As you can see, I'm good at paraphrasing.

Famous Examples of What the Hell Is This?[edit] 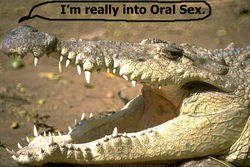 Some awesome people who play this game are:

David Bowie (What the hell is that? She looks kind of hot... Wait a second...)

Fyodor Dostoevsky (Dostoevsky? What the hell is that? Some French name? Probably a pole pounder.)

Oscar Wilde (Wilde? What the hell is that? An e? At the end of word? Whate thee Helle ise Thate?!)

Jay-Z "J' 'Z'? What the hell is that? It's not a fucking name, it's just two sockflobbing letters! Hey, here's an idea for a name that's nothing but letters: STFU. 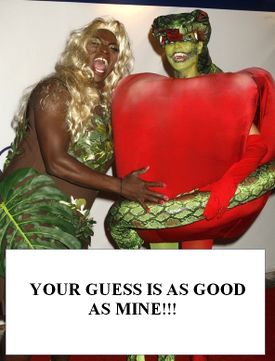 As you can see, basically everyone plays it. Like, this one time me and my friends were out at the arcade in the mall and I was losing to Jerry at Mortal Kombat, so I was like, "What the hell is that, Kombat spelled with a fucking 'K'? 'Hey video game people, we don't live in like France or whatever, we can use the letter 'C' without having to pay the Queen."

Innovative use of 'France' and 'Queen', in addition to 'fuck' gave me a commanding victory in this round.

So basically Jerry may have won at that stupid arcade game, but I won at the real life game, which is better, because video games are make believe, like President George Bush.

Plus I porked his mom.

In Conclusion: A Summary of the points made in this Article[edit] 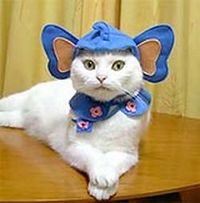 As you can clearly see, people do all kinds of stupid shit, like put a hat on a pretty Kitty Cat.

As long as people like that exist, people like us, practitioners of the fine art of What the hell is this need to exist, have to exist. Without us, stupid shit would exist without opposition.

Because of this, What the Hell is This is the most important question anyone will ever ask. Ever.

I bet if we all asked it more often, the world would be a better place.