From Uncyclopedia, the content-free encyclopedia
< User:PyramidHead88 David
Jump to navigation Jump to search 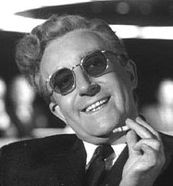 Mr. Pasolini on the set of one of his films.

“The pure aesthetics of his cinema is extraordinary. The experience makes one's cardiac organ palpitate. I simply cannot recommend this auteur's films with any greater verbosity!”

~ A highly regarded film critic on Somebody else

~ A Jerk on Pier Paolo Pasolini

“Some viewers complain about the explicit content of my films. I respond with this: it is all a metaphor for... ummm...”

~ Pier Paolo Pasolini on his own work

Pier Paolo "Kevin" Pasolini (born March 5, 1969) is one of the most famous Vatican movie directors in existence. Among his many credits are Amish Village: The 120 Days of Debauchery; Nude Girls Go To Guantanamo; and Sesame Street.

Pier Paolo Pasolini, or Kevin, as he was known as a child, was born in the principality of Your Mama's Porch in the summer of '69. He moved to the Vatican City in 1973, where he was placed under the care of the late Pope I. Thepirate. He commenced his career in the film industry in 2010 (the year we made contact), when he made several highly successful commercials about Asians. Having received much critical acclaim from media sources such as the Idaho Gazette and the Flat Earth Society Monthly, Pasolini began work on a highly sexually explicit film known as The Sound of Music. The studio involved removed almost all the offensive scenes, without the director's consent, which caused Pasolini much distress and anger, and culminated in the Gulf War.

The media exposure from this catastrophe only served to increase Pasolini's fame. His next feature, a nudist reproduction of Jane Austen's Pride and Prejudice, was attended by many highly respected voyeurs, who were mostly there to see Max Von Sydow naked. The resultant box office success was accompanied by a showing at the Cannes Film Festival, where it is considered Pasolini would have won the Palm D'Or easily had Tom Green's celebrated Freddy Got Fingered not been showing the same year. Pasolini went on to produce several features during the next years, including a bio-pic on God's life and a collaboration with French auteur Jean-Luc Godard called Marxism: The Great Theory. This was followed by a less popular sequel, Why Doesn't Anybody Care About Marxism? 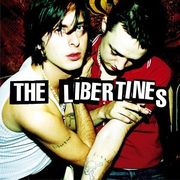 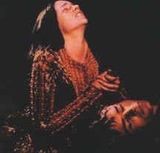 A couple after having to sit through a Pasolini film.

Pier Paolo Pasolini's films grew more and more sexually explicit and bizarre in his later career. His final work, Amish Village: The 120 Days of Debauchery, was considered outrageous for depictions of rape, defecation, sexual perversions and Ronald Reagan. The film was banned in all nations except for Nauru and the Vatican City, and a bounty was placed on Pasolini's head exceeding the sum of $2.50 American. A trio of bounty hounters, Lee Harvey Oswald, Bobba Fett, and Jesus, were sent after Pasolini, but it was the Queen's corgis who finally committed the brutal murder. Pasolini's death led many film critics to re-evaluate his works as brilliant directorial achievements, and the cast of Buffy the Vampire Slayer performed an elaborate resurrection. Unfortunately, much of Pasolini's talent had been lost in his death, and his much anticipated comeback, Superman Returns, disappointed film viewers and critics alike.

Since his retirement from the film industry, Pasolini lives at a mansion in Vatican City with his lifelong friend and tutor, Ford Prefect. He enjoys a game of golf now and then and generally shies away from media coverage. Pasolini did, however, cause quite a stir when Australian magazine Women's Day reported that he was on a new diet and began to stalk him. This led the director to have a sex-change operation to ensure his privacy. These days, he goes by the alias of Germaine Greer.