From Uncyclopedia, the content-free encyclopedia
< User:Mattityahu
Jump to navigation Jump to search

Did you know...
that this article is about confidence? You did? Oh ok. I'm sorry.
Confidence

“Can I, ummm, buy you a drink or something?”

“Hi, I'm Troy McClure. You might remember me from such self-help videos as "Smoke Yourself Thin", and "Get Confident, Stupid."”

~ Troy McClure on The Simpsons

Confidence is, umm, faith in oneself. Right? Something like believing in ones ability to, umm, do, umm, something well. I think. Ex-girlfriends have been known to complain that their boyfriends don’t have enough before dumping them for some jerk named Jordan who isn’t even that good looking or rich. They’ll realize their terrible mistake after they see what a successful uncyclopedia writer their ex has become. Right?

If you don't like what's written here, Wikipedia, has some other definitions of confidence. Ok? Sorry about that.

Anyway, confidence might also be when someone is conscious of one's power to succeed. Maybe. But confidence is not always constant. While one might not be good at sports one can still retain a confident demeanor due to the fact that one does not particularly care about how the game ends. This is common advice offered by gym teachers and guidance counselors to scrawny, nerdy, and fat kids who cannot seem to run one lap around the gym without crying like little babies. It's easy for them to give that advice since they aren't the ones who need to deal with the laughing, pointing, teasing, and social isolation that almost always results from such scenarios. Who are they to tell them what to do or how to feel anyway?! Sorry.

Can we offer more examples for you? Is that ok?

People with confidence rarely ask permission or apologize for their actions. Since they believe what they are doing is both right and bound to succeed, they see these actions as unnecessary. Or something. Sorry about that. Was that a better definition? Sorry.

Other authority figures keep saying that with practice or more knowledge about a particular task, one's confidence will grow. They keep saying that with each success, one's confidence will get stronger. What they fail to mention is that after a lifetime of failures, successfully emerging from the basement once a day to make a peanut butter and jelly sandwich, hardly makes a dent. Not only that, but with each passing day, one has more and more time to contemplate not only past failures but a steady stream of new ones. Sorry.

Confidence is a state of being, in which people - for one reason or another - feel that they have self-worth. No one really knows where this feeling of not being a single, unemployed failure living in one’s parent’s basement comes from. But there are several theories about, you know, where some people get confidence. 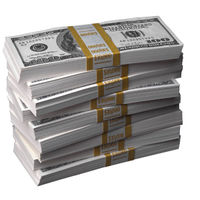 This can turn otherwise nice and normal people into cocky assholes. Use with caution.

Confidence can come from many places, but none are as important as wealth or having lots of cash or rolling in the dough. Many otherwise useless and stupid people have been known to exhibit the signs of confident behavior for no reason other than the fact that they are rich. While normal people with confidence have faith in themselves due to their own abilities, looks, personality, and/or physical prowess, rich assholes simply rely on their money to get them through life. They know that even if they do something stupid, make a complete ass out of themselves or do something that would make other people hide their face in shame, they can always buy their way back out of the hole they dug. So, while average shmoes in the same situation would need to work hard and learn some humility, these cash-infused crap-masters can simply take out their wallets and buy their way back into polite society. It's a great system in which wealthy wang-gobblers can do whatever they want and not only succeed, but get laid and accolades in the process. I mean, why should they have to struggle like the rest of us? Why should they have to suffer indignity and shame when they have the money to buy their way out? Forget it. Just. Forget it. 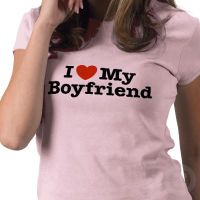 The truest form of love: T-shirts.

The most powerful source of confidence comes from knowing one has the love of another person. Love is a very powerful emotion, or so we're told. It seems that when one knows there is someone out there who - for one reason or another - can not only tolerate you, but actually cares for you deeply, it makes one feel like they aren't a completely worthless waste of space. This presents an interesting catch-22: Once one has the love of another, one is given a strong boost of confidence; however, in order gain the love of another human being (not just your cat) one must exhibit confidence before love can be reciprocated. This temporal anomaly has been studied by many of the best and nerdiest minds in between games of dungeons and dragons and episodes of Star Trek. Unfortunately, they have yet to come up with a solution to this perplexing riddle.

Professor F. Ever Aloneberg of MIT received a grant to study ways to break this infinite loop back in 1964. However, each time his research team is close to finding a solution, a new group of pledges from some stupid fraternity breaks into the lab and destroys all their findings. Professor Aloneberg has refused to press charges because he "doesn't want to make a fuss," and would rather spend the rest of the night cleaning up while the pledges are rewarded back at the frat house with blow jobs by the whores from that slutty sorority (you know the one we're talking about). Many members of his staff have talked about quitting, but the allure of finally understanding how to get the confidence to win the love of a human male/female/blowup doll is too strong to abandon. Plus, they don't have the confidence to make such a rash decision in the first place and would only be able to get such confidence after they finished their research. And so the loop continues.

Some people seem to believe in themselves for no apparent reason. Be advised: do not mistake people living in a fantasy world with people who actually have confidence. Ironically, many people who have no confidence whatsoever retreat into their own fantasy worlds to deal with this issue as well. It is unclear why some people create a fantasy world in this one while others do so on the Internet instead (see below). Some hypothesize that those with delusional confidence are in said state of mind not by conscious choice, but rather due to social misunderstandings and an inability to comprehend the world around them as normal social outcasts do. It is thought that, despite all attempts to show these poor souls their true, lonely place in life, they are unable to recognize that no one likes them, cares about them and that the world would be better off without them. Right? Everyone else seems to get it, why can't they? Hopefully, with any luck, these unfortunate bastards will eventually come to terms with their true lot in life and recede into obscurity as God intended. 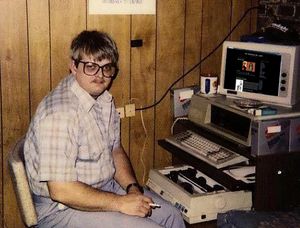 This is what trolls look like after they have showered, shaved, and emerged from depression for a few minutes.

While in real life someone might have no confidence whatsoever, oftentimes that same person will have a surprising amount in situations where they can remain anonymous. The most common occurrence being online (not at masked sex-parties ala Eyes Wide Shut since people without confidence would never get invited to such a party in the first place).

The Internet has given rise to a whole subculture of people who's only goal is to make up for their lack of confidence by destroying others, knowing full well that their identity will remain a secret and therefore, no one can mock them back. This is known as trolling (pronounced: drooling) due to the fact that most of those who engage in it are ugly, overweight, and live under and guard bridges. They operate in loose networks of association and have formed a barter system in which "lols," "lawlz," "lolololsss," and "lulz" are the only currency. Outsiders have yet to figure out what this currency is but most agree it consists of unopened star wars figurines, 24 sided dies, and hair collected from girls they were too intimidated to talk to in person. 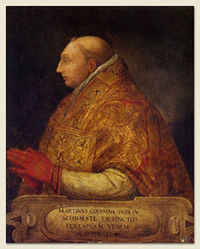 From the 1430 Middle English/French/Pig Latin word confidentiatariantoria meaning being in a state mastery over oneself and one's surroundings, it was coined by Pope Martin V (Papa Martinus Quintus) after he successfully saved the souls of thousands of African heathen by using fire to liberate them from their bodies. The Holy Father continued to use the term to describe just how certain he was that his actions were righteous and sanctioned by God. After Christendom saw how confident the Pope was that slavery was moral (as long as a Jew or Muslim didn't own a Christian), the rest of Europe slowly began to use the phrase as well. It was in this way that confidence made its way from the Bishop of Rome to douche bags fist-pumping on the Jersey Shore.