Warning: This article may not be appropriate for young children. Please cover their eyes with a angel. 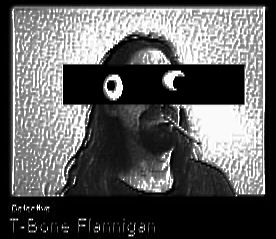 The Brown Windsor is a dastardly and unspoken sexual act. It probably deserves to never be spoken about, except maybe in gaudy, 70's decor Amsterdam basements-cum-brothels, run by greasy men with 3 days of unshaved facial hair who like to spit and wear brightly colour shirts. Its is akin to the Portuguese Breakfast, the Chinese Handbag, Beggars Tea (aka Homemade Lemonade), Welsh Poetry and the Sardinian Back-rub.

It is possibly this:

The sexual or sexual-fetish act of defecating into a condom (in ancient times a lambs stomach or pigs intestine) that is placed or already inside a females vagina until it is of an enormous and filling size.

The condom is then tied off and rammed back and forth into the orrifice.

Can also be performed analy by homosexual couples or the more experimental among the hetro's , but it is recomended the anus be losened up before performing this act.

Brown Windsor is a master of the "mental arts", that is the arts of the mind ie: How to lift objects or crush objects with thought alone. He also has mastery of the Soda Stream.

In 1979 Brown Windsor remade the entire storybord of the film "Towering Infero" out of coloured grains of rice on the steps of the Louvre gallery, after less than 5 hours it was complete and he proceeded to remove it with his furious bladder strength and its unexampled content.

But this was not the last we would here of him

He was once linked to Bea Arthur during a crackdown on the Gangster Crack dealers and importers in the inner suburbs of Reykyavik.

These chargers never stuck to either of them and the judge who tried to persecute them was thrown down a wishing-well full of killer dogs.

Later in Life he was one of the first people to film the mysterious Western Australian Cliff Toads and also won the Turner Prize for his photographs of them.

He was not, repeat NOT, present at the W.A. Salvage Fire nor was he a fire man - or inspiration for - The Fireman (Film)

In late 1984 a young boy hacked into the Pentagon computers and tried to cause destruction of the earth through a computer uprising. The plan was to link all computers into one hive mind (known as D.E.S.M.O.N.D.) and then proceed to guide them on a quest of wrath and destruction. Being that computers had naught but 300 Baud modems at the best in those day, Brown Windsor had days to track down the insolent child and beat him mercilessly in front of his parents and extended family , all whom he grounded in his mansion as slaves, sorting his important documents and making him Lime Rickys.

Brown Windsor is now retired and living a monkish life in a small cave in Western Australia with his two cats Mittens and Dracula.

Entries listed below are at least 75-85% my content alone (after other peoples edits).