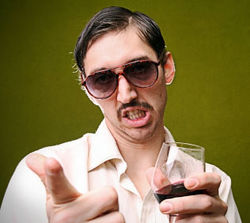 I'll tell ya everything ya need to know.

Hello there sonny! Glad ya decided to meet me here in this dirty old bar filled with strippers. There really is not a better place to have a good old talk from your good ol' mentor. It's like a broken couch. It hurts if you stay in it too long, but damn if it's not comfortable. Tell you what, let's have a couple o' whiskey sours, you and me.

HEY WENCH! Two whiskey sours, and tell Johnny to put it on my tab!

Okay, so ya want to know about Unreliable Narrators, do you?

HEY MICKY! Get a load of the kid here! He wants to know about unreliable narrators! Crazy right?

Keep 'em coming, broad! Hey hold on a minute! Lean forward a little, I want to tip yer hooters. Oh, don't play coy with me, hips and lips. If you didn't like the occasional ass slap, you wouldn't work here. AHAHAAHA! Man, women are totally objects and not people, am-I-right?

excuse me for that small interruption.

So anyway, where was I, kid? Oh yeah, that's right. They don't always tell it to ya straight. Hey, c'mon now, drink up. There's more whiskey sours where that came from.

Unreliable narrators like to color the story with their own perceptions and opinions. They'll tell ya a story from their own misguided point of view, like communists, or worse, they'll forget everything that they're saying altog- 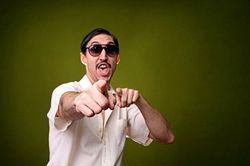 You can't trust anybody any- Woooooo Steamers!

Hey Tony! How are ya, ya old codger! There's a Steamers game on? Well, what are ya waiting for? Pop that shit on! Sit down, have a whiskey sour on me. Wench? Three whiskey sours! One for each of us! What's that, kiddo? I'll tell ya more about unreliable narrators in a little bit. I mean, this is a Steamers game we're talking about here. I can't just ignore that now, can I? We'll wait until a commercial break, eh?

Alright man! What a game we've got here! What's that? Oh yeah, the narrator thing. Well, follow me here to the bathroom. I'll tell you there. Man, I've got to break the seal like a bottle of raspberry jelly, ya know what I mean?

What's that? You aren't coming? Ya sure? Okay, but I'm not talking during the Steamers game. Don't blame me for not giving you fatherly advice when you're the one acting like a queerbag.

WAITRESS, I mean, WENCH! I expect more whiskey sours when I get back! 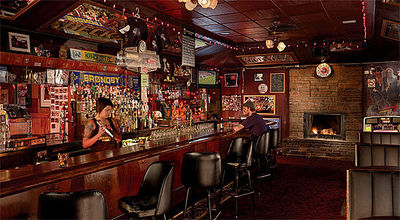 Fucking Stank Aaron! Can't pitch worth a gaddam, shithouse made of brick! I don't care if that makes no fucking sense! Son. Of. A. Bitch! I can't believe this. This is officially the worst game in Steamers history. Dammit, I need a smoke. Go on outside with me, will ya? Don't worry, kid. I didn't forget about that one question you had about the thing.

What was it now? Oh yeah, that's right. About people ya just can't trust. Now, now see...if there's one thing you should know about unreliable people is that you can't trust them for nothing. One second, you'll be listening intently to what they're saying like they're Jesus or something, hanging on to their every word like a dingle berry on Buddha's ass, trying to learn something valuable, and the next...it's like, it's like...

I feel like I'm on top of the world! Must of had one too many of thoses whiskey sours! Did you just hear me there? I said thoses! Pbbbbt. Ha! Want to go chat up some strippers?

I know, I know man, enough about the damn unreliable narrator! You sound like a broken record. Ya know what ya need? Ya need strippers.

What about the game you say? What game? Oh, the Steamers game? I forgot all about that. But really, are ya going to choose baseball over lapdances? Say, maybe you are a homobag! Look, I can't help you anymore. If ya really want to know more about this narrator stuff, maybe you should ask yer stripper. 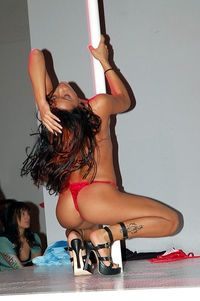 You look a little blue. Can I cheer you up?

Hi there babe! Care for a little fun? What's that? Unreliable narrators? What are you talking about? Well, I don't know much about that. I took a few college English classes, but I don't remember enough to be of much help to you.

yeah, that's right babe. Just stick the money there baby, right where I like it.

If I had to guess, I would say an "unreliable narrator" is someone who tells you a story and you can't really rely on them at all to tell you the whole story, like that man over there drowning himself in the whiskey sours. I mean, if there's one person you shouldn't trust, it's a guy who goes to a place like this and just drowns himself in well drinks. Then again, what do I know? I'm just a baby stripper.

Did that help you, sweetie? If so, feel free to tip. Yes, I do take checks. Just set it right there by my ass. Oh, can I please see your I.D? Thanks.