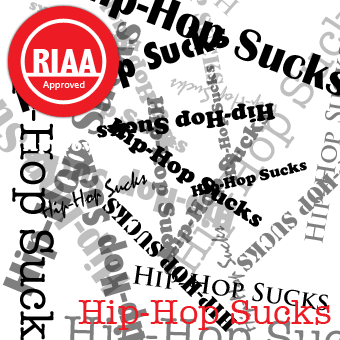 This song as hit #1 on US UK and even Cuban music charts. The remix version can be purchased and features the extended version of the song and its original recording "Rap sucks" as well as "Rap and Hip Hop Sucks" and who could forget, "Country sucks too."

Your chance to be irritating famous[edit]

Get the original MT2 file here (the link that was there before has been dead for years), polish up your tracking skills, and remix this. Make sure you export it as low-quality (70kbps OGG (lowest setting in Audacity), 80kbps MP3), and you can also support open music by releasing the "source" (the original module, as in S3M/XM/IT/MT2/whatever).

Also, here's the "source" for part 2. No guarantees that it's complete or anything, as these were lying around on an old backup CD.

Here are ImpulseTracker conversions of the original version and the take 2 version, because .mt2 is an awful format to read. The volumes have been rebalanced a bit in these conversions, and the samples are now mono.