Emergency Room is part of

Emergency Room was an aborted pilot episode ordered by the FOX Broadcasting Network after the extreme success of ER. The show attempted to be a less sensationalized version of the popular NBC medical procedural. Backed by a crack team of medical experts and written by people who had actually been to an emergency room, Emergency Room was scrapped after FOX decided that "a show about nothing could not possibly succeed."

INT: A blue-and-white tiled room. Bare fluorescent light fixtures illuminate all with a sickly glow. A comely young man with thoughtful looking five-o'clock shadow sleeps behind an oddly placed desk while a considerably less attractive one idly sprays Windex onto a door.

Machines beep behind sickeningly ugly blue curtains which partition the sides of the room. An alarming beeping begins.

Ugly Guy: Not sure, to be perfectly honest.

Annoyed at the alarm's intrusion upon his sleep, the hot guy sits up and starts shuffling papers.

Ugly Guy: Yep. A stretcher is wheeled into the room. Both men stand erect, and the hot one puts on a stethoscope. It is now clear that these are doctors

Nurse #1: Doctors, this is a case of acute psychosomatic tendonitis. 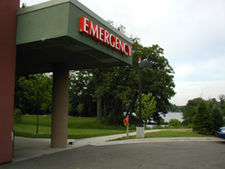 The facade of oppression.

Dr. Ugly Guy: On it. [He runs out of the room, glad to be free of the tedium that is the emergency room. The nurses sigh.]

Nurse #2: Dr. Ross, it is our suggestion that you intravenously give him saline solution, claiming it's morphine. This way, his psychosomatic symptoms will go away.

The nurses walk out shaking their heads. The alarm has stopped; the matter has fortuitously resolved itself. Dr. Ross sits down behind the desk once again. As Dr. Green returns from hooking up the IV, he is pelted by Ross with a bottle of Windex. He idly sprays some on the door and uses his clothing to wipe it off. Ross snores.

Dr. Green: Lunch break's almost over. They'll be back soon. We should get to work.

INT: We see Dr. Ross with a patient. He thoughtfully presses some buttons on an IV drip before turning to the patient.

Dr. Ross: [In an official-sounding voice] Hello Mrs....Laine, is it? 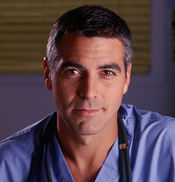 Dr. Mark Ross. His eyes are a deep sea of emotional sexuality.

Dr. Ross: Well, Gloria, I'm Dr. Mark Ross, and I'll be your doctor for this stay. What seems to be the problem?

Gloria: Well, I've got this lump on my-

Dr. Ross: Very good. Well, we've taken some blood and we're going to run some tests on it, and we'll see where we have to go from there, mmkay?

Dr. Ross: Spectacular! [He flashes her a white and perfect smile, and she is instantly reassured]

He walks backwards and pulls the curtain closed. This serves as a segue to Dr. Green's cube, where we see the distraught and very ugly doctor speaking to an obese man whose temporary hospital gown does not fit him quite the way it should. He does his best to look interested.

Horace: Yes sir. [He belches] Look, I'm gonna be blunt. I used to be pretty physically fit. Now I've stopped exercising and started a new job as a freelance food critic, and I'm fat. I can't understand why!

Horace: I know! It's like, I have a double bacon, three egg omlette, and all of a sudden I'm huge! What's up with that?

Dr. Green, genuinely baffled, glances desperately down at his chart.

Horace: You got somethin' to eat? 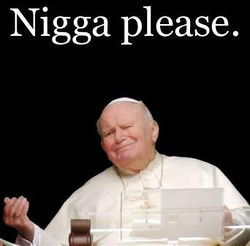 The one about the Pope and Raquel Welch indeed.

He walks out of the cubicle area, bumping into a nurse. She smiles cordially as he apologizes and runs away. The nurse continues on her way, and we see Dr. Ross (whom she has just passed by) slick back his hair.

Dr. Ross: 'Ey, you heard the one about the Pope and Raquel Welch? Well, let's just say that he made a faux pas when he went to grab the buoys.

Nurse: [Laughs along with Ross] That's a good one!

A patient is seen within earshot of the laughter. He tosses a newspaper on the floor; it says "Thursday, October 25".

Patient: [loudly] I suppose it's time to watch the football game! Good ol' football! I'm sure glad I've had TV for these past coupla days!!!!

The medical personnel look at the man for a moment, then walk off down the hall.

The patient introduced at the end of the previous scene is shown going into random spasms and making choking noises. Dr. Green rushes into the cubicle, a bottle of Windex in hand.

Dr. Green: I see, very interesting. And can you describe your symptoms to me?

Dr. Green: Right, of course. Well, we'll see what we can do. You just sit tight, alright?

Dr. Green pats the convulsing patient on the chest, where he seems to feel something. He puts his stethoscope to the patient's heart and abruptly pulls back.

Dr. Green: Damn! Your resting heart rate is WAY too high. You should fix that. YO, ROSS!

Dr. Ross: [Distantly]Bmphgrgrgrgrgrrr...Whaddaya want? I was just having this....never mind. [Appearing at the curtain] What's the deal? 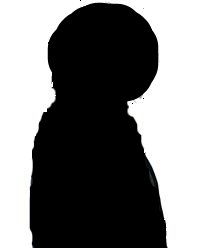 Dr. John Green. NOTE: This image has been censored for the protection of your retinas

Dr. Green: This man has a resting heart rate of 265 BPM. Now, I'm no expert, but doesn't that seem a bit high?

Dr. Ross: Yes, that does seem to be a tad too racing. Lemme feel [Feels pulse, then listens to heart] Nah, doesn't seem so bad, it's back to normal. But he seems like he's in pain; give him an aspirin, high dose.

As Ross walks out grumbling about some unknown thing that he'll never be able to regain naturally, Green administers a high dose of aspirin to the patient. He also adjusts the back such that the patient is sitting up.

Dr. Green: If it's not too much trouble, just fill out these papers in triplicate? Here's a pen and a clipboard; lean on your knees.

The patient has stopped yelling in pain and his breathing has become normal again. As Dr. Green props up the patient's legs with a pillow, he looks as if about to say something. However, by the time Green walks out of the room, the patient's mouth is simply gaping open. The camera follows Dr. Green.

Dr. Green: [To Dr. Ross] I can't help but think that there's absolutely nothing interesting that happens at this hospital.

A stretcher is frantically wheeled in. The ambulance operators yell out "Gunshot wound; critical condition; OR, stat!" Dr. Ross giggles. Both Green and Ross follow the stretcher into the characteristic swinging doors of the operating room. Passing time is indicated by the increasingly desperate yells of a female patient who needs a "feminine object." Finally, the doctors emerge.

Dr. Ross: Unequivocal, to be sure!

Dr. Green: I think I lost about five pounds. [Laughs] That's my last operation! Boy, if that guy knew how many times I dropped the scalpel on the floor...

A person with a large kitchen knife embedded in his arm walks in as Dr. Green delivers the previous line, without a trace of pain on his face. He is bleeding profusely. At the final word, he turns around without a sound and walks out.

Dr. Green: Well, back to the old grind!

No passage of time is indicated, as the previous scene carries over to the present. However, three days have nonetheless passed. The patient who previously suffered a heart attack under the care of Drs. Green and Ross walks in dressed in a suit and tie.

Man: My name is Harley Finklestein, and I'm a medical malpractice attorney, representing myself in the case Finklestien v. Incompetent Fools. I am here to inform you that you have been sued by one Harley Finklestein for incompetency in the face of a fairly commonplace medical emergency; that is, a myocardial infarction.

Harley Finklestein: [Pressing on] Your inability to deal with a common heart attack leads my client, Harley Finklestein, to believe you are incompetent to continue in your profession as doctors. Please serve this summons in one month.

Dr. Green: Is your client any relation to yourself?

Finklestein: You idiots! My client is me!

Dr. Green: Please detain Mr. Finklestein, he thinks he is himself and another person that is himself as well.

The two male nurses tackle Finklestein and we promptly see him petulantly sitting in the very same bed he was in last time. Dr. Green walks in

Dr. Green: I see, very interesting. And can you describe your symptoms to me?

Featured Article  (read another featured article)
Featured version: 19 December 2007
This article has been featured on the front page. — You can nominate your favourite articles at Uncyclopedia:VFH.