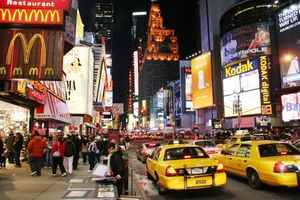 A Government report found that 98.2% of the American population had "no idea" that there was a world outside of their borders

THE UK GOVERNMENT has sensationally "revoked" US independence today with the introduction of a "US Independence Bill". This radical move comes after many calls for the UK to resume control over the USA because many bad decisions on the US's part have led to a worldwide belief that it can't govern itself. The bill re-instates the British monarchy as supreme head of state over the Americans, although allowing them to start their own "assembly" (similar to the one in Wales) in about 50 years time, "when they have got the hang of good management and country governing". As the bill acts with immediate effect the UK ambassador to the US will take emergency control until a government Department for the USA has been established.

All American external territories and protectorates are to be auctioned off to the highest bidder in an attempt to raise some cash. The move has been marked as "controversial" by many world leaders, although no out-right opposition has come yet. When George Bush was asked about his opinion on the matter he said that he had "absolutely no bloody idea what you're talking about". The Prime Minister also called for "gentle" handling of the American population, and that in a year's time a questionnaire should be circulated through America to determine how many people noticed the effect of the new bill.

A recent UK government report found that 98.2% of Americans had no idea there was a world outside their borders and therefore "drastic action was called for" according to UK prime minister Gordon Brown. The bill disbands the office of President of the USA, congress and the senate with immediate effect, and replaces the national anthem ("Star Spangled Banner") with the British national anthem "God Save The Queen". 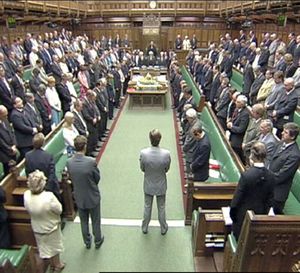 The House of Commons voted on the so-called "US Independence Act" this morning and passed the law with almost 100% support, a record for British law-making

The bill also ordered a ban on so called "US English", stating that there was no such thing as "US English" and therefore suggesting there is will be a criminal offence. The Foreign Office announced that they had given Microsoft two days notice to change all Microsoft spell checkers in accordance with this and with the general changes of language, set out in the bill. If Microsoft do not comply with this notice they will be "compulsorily bought for around £100". Gordon Brown also noted changes to American culture, which must take place to aid the instigation of a fair and free democracy in the USA.

The legislation is going to be "an innovative step for the USA and will be all-encompassing". The head of the British Football Association was said to be pleased with the changes to sport in the bill. A spokesperson for the Foreign Office addressed a press gathering later on in the day to discuss cultural and sporting law in the bill. 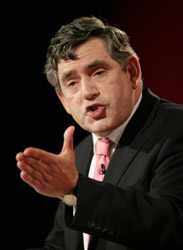 The bill also addressed American gun law, very strongly. Criticising the legality of guns in the US and stating that "it is incomprehensible that people of this low brain calibre have been allowed to carry guns for so long and that they have not wiped out half of their population in this time". Americans will no longer be allowed to own or carry guns. Neither will they be allowed to own or carry anything more dangerous than a vegetable peeler. This is because the government do not believe the US population are sensible enough to handle potentially dangerous items. If anyone does wish to carry a vegetable peeler then a permit will be required. It is generally understood that to obtain this permit Americans will be given a trial period of five years, for which they will be granted an imaginary, invisible vegetable peeler. If they are sensible and can behave well in this period then you may be allowed to sit the Vegetable Peeler Permit Test.

One of the most controversial changes is the removal of the public holiday on the 4th of July. The two Americans who have found out about the US independence revocation are said to be outraged at this "bitter" British move. The two Americans are not available for comment but friends have said that "they are generally annoyed about everything in this bill. Hey what's a bill? Meh, anyways they say that banning US-made cars is unfair". However the Foreign Office remain adamant that US citizens will not miss their American made cars when they are introduced to German ones.

Among the numerous other changes being instigated with immediate effect are the conversion from Imperial measurements to metric, lessons for American students on British Humour, a ban on American beers and the shutdown of the American Budweiser company (so as to allow true Budweiser - as manufactured for the last 1000 years in Pilsen, Czech Republic - to be sold without risk of confusion), a ban on the word "gas" being used to mean petrol and a switch between American and British petrol prices.

In further developments the British Treasury announced that it would be sending tax collectors to the USA from the 15th of April onwards to begin the acquisition of all revenues due (backdated to 1776). Around £13m of this money will be invested in "Solve It" - an organisation founded to help Americans fix personal problems without violence, lawyers or therapists.

Brown also said that Americans will have one week to trade in all US Dollars and exchange them for British Pounds. He said that after one week not only will it be impossible to exchange US Dollars, it will be illegal to possess them and violation could result in a £1000 fine and/or one year in prison, along with said dollars.

Gordon Brown finished his speech to Parliament amid roars and cheers of support. Even the Conservatives cheered.