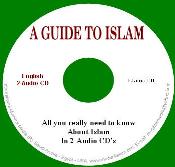 TEH INTARWEB -- Uncyclopedia was reporting on a news article about the truth behind Islam and Mohamed. It was September 21th 2007. The day will be known as 9/21 because it was the day that Islamic Terrorists took down Uncyclopedia with database queries to avoid people reading that news article exposing the terrorist version of Islam for a sham.

The original link to the news story was changed to an article in hopes of appeasing the terrorists, so they won't crash any more database queries into Uncyclopedia. It was even edited off of the front page of Uncyclopedia so that the terrorists won't see it any more, and do more query bombing on Uncyclopedia.

Administrator John Q. of Wikia reported: "As most of you know we just had a site outage that lasted about 90 minutes. A particular query from one site was getting repeated in massive volume... we had just made some changes to our own cache servers at the exact same time, so we lost a little debugging time figuring out that it wasn't something we changed but rather something new. When we found the particular query in question, we tried clearing out the backlog of query requests to the database server and restarting our apaches and our databases... but the queries would flood right back in and fill everything up.

So I've asked that the domain for that particular site be turned off and redirected to www.wikia.com ... it's a drastic measure... and one that I wouldn't take without extremely good cause. As soon as we did this, everything went back to normal on all wikia sites. We'll be working with the admins from that wiki to see what happened and will turn them on again as soon as we have this figured out."

Uncyclopedia was the site in question, and Uncyclopedia.org was redirected to www.wikia.com to prevent any more database query attacks from Islamic Terrorists.

Oscar Wilde was quoted as saying "The terrorists hate our freedoms, and so they found a way to shut down our factual Wiki and redirect it to Wikia by using database query attacks to force Wikia's hand. I think the original plan was to get them to redirect to Wikipedia which is well known for their support of Islamic Terrorists and pro-terrorism articles that are more fiction than fact." Indeed, it seems like this was a plan to censor Uncyclopedia from reporting the truth about Islam.

R. Lee Ermey was quoted as saying "Wikia is run by a bunch of Gomer Pyles who cave into the requests of terrorists instead of fighting them like us Marines do. If it was me, I'd track down their IP addresses and send them denial of service attacks right back until their systems crashed!"

Still Uncyclopedia was down for 90 minutes, and some users have complained that they weren't able to get their daily dose of kitten huffing and other addictions satisfied as a result. The youth of today, the main readers of Uncyclopedia, have found new ways of passing the time by tasering each other as a result of being bored.

Yet some claim that this terrorist attack on Uncyclopedia was done to cover up the ACLU allying up with Al Qaeda to stop the FBI Anti-Terrorism War. Others that it was done, so we would stop paying attention to OJ Simpson and Britney Spears who hog all of the news programs for themselves and spread their narcissism all over the world.