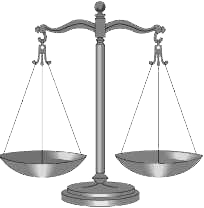 The Smurfs of Justice, smurf to smurf and smurf.

BOLLOCKS-OVER-HENDGE, Texas -- The recent 5-3 decision by the SCotUS in ACLU v. State of Texas has opened the door for Gargamel's execution by eraser, which is widely believed to be the only humane way to end the life of a cartoon character, as they are practically indestructible.

The summary of the decision states that "Smurfs are people under the Constitution of the United States. As such they are de facto American citizens and they fall under its protection. From this it follows that, from a legal standpoint, smurfing one is the same as smurfing a human being. Oh, smurfing hell. Now they've got me doing it."

The decision has been a contentious one in America's highest court. Ruth Bader Ginsburg stormed out during deliberation, stating to reporters that, "They're <expletive> Smurfs! It's a <expletive> cartoon, people! Shouldn't we be concentrating on matters vital to our great nation, like illegal wiretapping, the separation of church and state, and whatnot?" In absentia her vote defaults to an abstention.

Ginsburg is not expected to return to her seat in the Supreme Court and her lifelong post is considered to be up for grabs. Resumes can be sent to SCotUS, C.O. Chief Justice John Roberts, United States Supreme Court building, Washington DC, PO Box 4012. No fatties. 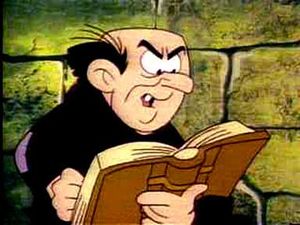 Initially Gargamel acted as his own attorney, before being cautioned by himself that he was quite mad. Mad!

Gargamel, originally charged with 78 counts of 'cruelty to animals' and 14 of 'destruction of fungal homes without a permit', has been held incommunicado while the "Are Smurfs People?" question slowly worked its way up through the legal system.

While the office of the State's Attorney had initially planned take Gargamel to trial on the existing charges, the thought of the big press that a murder trial would receive had them drooling. "Hey, I make forty-six grand a year. I've got my future to think about, y'know?" said one prosecuting attorney, on condition of anonymity. That attorney, Sidney Barrington, will no doubt be pissed when this article is published.

Gargamel, who has been held awaiting trial since what has become known as "the Smurfton massacre" shocked the public in 1991, was apoplectic at the news.

"I've been in jail for fifteen <expletive> years waiting for them to decide how long I should stay in jail, and now they decide that it might be okay to kill me?" said the Smurfs' nemesis from an undisclosed maximum-security penitentiary, "They're Smurfs! Smurfs aren't people; they're vermin. Blue, shirtless rats I tells ya!"

Attorney Smurf, Gargamel's attorney and one of the only Smurfs known to have survived the Smurfton Massacre.

Gargamel's state-appointed lawyer, and one of the few Smurfton survivors, Attorney Smurf is surprised at the turn in events, "My client, who once faced a maximum sentence of 90 days in smurf and a $400 dollar fine, is now facing up to 74 consecutive smurf sentences and a fine of unfathomable scale. Do you know how smurfin' long the lifespan of a cartoon is? No, nobody does. If the state goes for the smurf penalty that means it is willing to smurf a man for squishing a bunch of Smurfs who, as far as we know, may not even be smurf! This is an outrageous miscarriage of justice."

When asked how he can defend the man who sixteen years ago wiped out his home, friends and family, Attorney Smurf replied, "Simply put, justice. I, Attorney Smurf, despite my feelings toward my client, will carry out my smurf to the best of my abilities."

If Gargamel is found guilty, lawyers for the state have said that they will not seek the death penalty, "...if, and only if, Gargamel tells us where the remains of the thirteen missing Smurfs are buried."

As of this printing only twelve Smurfs are unaccounted for, as shortly before this story went to press Azrael coughed up enough of Undigestible Smurf for coroners to make a positive identification based on dental imprints.

If Gargamel is sentenced to death, the ACLU is expected to mount an appeal, as they consider "erasure" to fail the "cruel and unusual punishment" clause of the Eighth Amendment to the United States Constitution. "We want to protect Smurfs' rights, but we don't want to do it at the expense of the rights of those who murder them." said a confused and obviously inebriated representative of UCLA. "Woah! Bro, I am so in the wrong place. Which way is Los Angeles? Thanks, dude."

This article features first-hand journalism by an UnNews correspondent.
Retrieved from "http://en.uncyclopedia.co/w/index.php?title=UnNews:Supreme_Court_decision_nail_in_coffin_for_Gargamel&oldid=5371884"
Categories: