UnNews:Rebecca Black dies after entering stadium; early signs point to "too many seats" 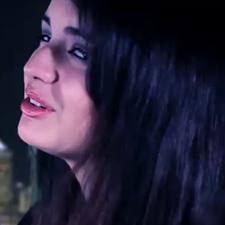 Rebecca Black, 13, was on her way to perform her single Friday (song) when she died from an overdose of chairs.

LOS ANGELES, California -- Rebecca Black, pop sensation, author of the viral single Friday, and butt of every current joke, died today after entering the Los Angeles Memorial Coliseum, famously built for the 1984 Olympics for the stunning match between Oceania and Eastasia.

After recieving mainly negative reviews on her single for its jumble of dictated nonsense (also known colloquially as "lyrics"), its heavy use of Autotune, and Black's generally flat monotone voice, she decided to perform her musical masterpiece/monstrosity in front of a large audience in hopes of garnering positive reviews from somebody other than Simon Cowell or Justin Bieber. So, after her parents bribed the city of Los Angeles, California $4,000 into allowing Rebecca to sing her single at the Coliseum, she was promptly driven to the Coliseum from a bus stop. Children these days. Originally, Black was supposed to be picked up by an actual bus; however, this plan was vetoed shortly after Rebecca was diagnosed with Cystic Hemorrhaging and Anxiety over Inanimate Reclining-objects (C.H.A.I.R.). Luckily for Rebecca, her friends decided to come and pick her up. Eye witness accounts state that Rebecca still exhibited mild symptoms of CHAIR, although she did manage in the end to pick a seat in the back.

Rebecca Black's bizarre blonde friend who can't dance was there to see her progressive stages until her untimely demise.

After being driven by a 13 year old male, sources say that Rebecca began to feel "nausea" after seeing some empty seats in the waiting area. A friend (specifically, the blonde girl who can't dance) later told UnNews that the feeling worsened in the green room as she was awaiting to perform, as she had to make a choice between the 8 open seats available.

After a dismal performance by the Black Eyed Peas featuring Joe Biden and the MCP, Rebecca was slated to go. After a few doses of Valium, Black was reportedly feeling "as if she had just woken up on a Friday morning", later adding before going on stage that "we we we so excited". The following is a transcript of the events that followed, courtesy of our UnNews correspondents.

Black was taken to the Los Angeles Emergency Intensive Care Unit. Nurses and paramedics told UnNews that Black was muttering "Kickin' in the front row, sittin' in the second row, chillin' in the third row, laxin' in the fourth row, I'm not even taking into account the hundreds of seats in each row; which seat can I ta-a-ake?"

A few hours later, Rebecca Black was pronounced dead; preliminary results show that it was presumably her CHAIR that got her. In memoriam, ARK Music Factory is releasing her latest song posthumously. Entitled "January" and featuring Miley Cyrus and Beyonce, it describes Black's difficulty using a standard calendar and another mnemonic device to remember the months of the year. It is set to be released on iTunes this Friday, which is after Thursday and before Saturday, which is before Sunday. All money and proceeds made from the new song are said to benefit the Autotuned Tweens of America.