UnNews:Pansexual announces she is Liberal Democrat 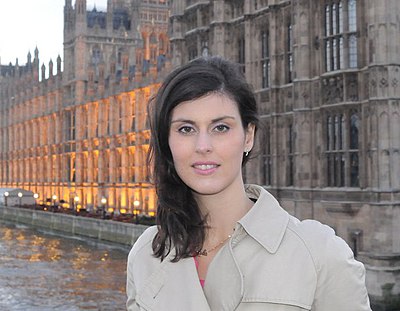 Layla Moran, a British pansexual, has publicly announced she is part of a political party named the Liberal Democrats.

The 37-year-old, who has had relationships with a panoramic range of men and women drawn entirely from her own age group and class, shocked members of the media with her decision to identify with the little-known political party.

Sociologist Joanna Corey told UnNews: "This is something that obviously only affects a tiny percentage of the population, and many people don't really understand what it means, but we have to respect people who want to be Lib Dems."

What is a Liberal Democrat?[edit]

Until recently, many people had never heard the expression "Liberal Democrat", but, in keeping with other Millennial fads like worrying about environmental apocalypse and trying to reduce the epidemic levels of sexual assault, more and more people are identifying as "Liberal Democrat".

"Traditionally, you were either red or blue, it's what people called binary, and people believed there was no such thing as a 'third' party," Corey explains. "But these days more people like Layla Moran are talking about a political spectrum, and suggesting that people are capable of being attracted to a wide range of different parties.

"Many people of the boomer generation make jokes about the Liberal Democrats, along the lines of 'Here is a list of political parties: Conservative, Labour, end of list', or simply saying 'What is a Liberal Democrat? It's basically someone who is a Conservative or a Labour supporter, but likes to think they're special'."

However, the last general election showed a growing interest in Liberal Democratism, with 3,696,419 Britons voting for the party, and while such marginal lifestyle choices are largely associated with the young, there is evidence of Liberal Democrats belonging to all age groups, meaning even your grandmother might be a Lib Dem.