UnNews:New immigration law cause of concern for white Arizonans 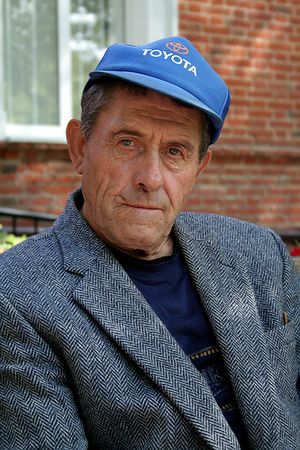 "Vat? You vant see my papers? Vat for? I am Amyereekan, damm yooo!"

"By far, the ethnic group in the United States with the largest percentage of illegal immigrants is Ukrainian," explained protester Nathan Malkmus, himself of Russian, Irish and Swedish descent. "I mean, look at me. I totally look like what you would think of when you think low-life, job-stealing, illegal Ukrainian. But I'm here legally. I was born in Tucson. Why should I have to walk through the Glendale mall in fear, worried whether I had remembered to bring my ID that day, every time I see a uniform walking in the opposite direction? It's unconscionable. And unamerican."

Arizona law enforcement, however, continues to insist that the law doesn't direct them to do anything they don't already do. "Before this law, if I saw Mr. Malkmus or any other of these raggedy-ass trailer-trash gypsy-looking freaks on my beat," explained Maricopa County Sheriff and renowned inmate-beater Joe Arpaio, "I wouldn't automatically ask them for their papers unless I had some other reasonable cause to do so. And neither would any of my deputies. This new law doesn't change that." When asked to define reasonable cause, Arpaio said "In the normal course of duty, Arizona law enforcement officers are well-trained to look for the tell-tale signs of illegal status. For white people like these yokels, for instance, we know that Ukrainian illegals tend to play Jews harps and kick-dance a lot. So, that kind of behavior, yeah, I'm sorry, might get you looked at. But if you don't want to seem suspicious, then don't act suspicious. It's very simple."

When asked why this new law is even necessary if it only states that law enforcement is required to do what they already are doing, Arpaio declined to respond, adding accusations of liberal media bias and threatening to ask for proof of citizenship. This reporter having been told in the past that he looks decidedly Slavic, the matter was pursued no further.