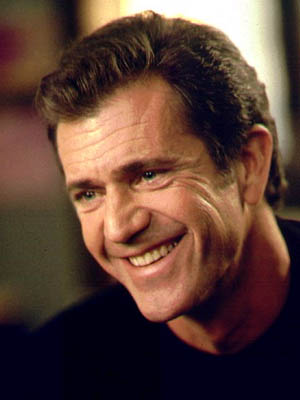 Actor, anti-Semite, and all around good guy Mel Gibson

HOLLYWOOD, California -- Actor Mel Gibson on Monday broke a world record by extending a standard Top-Stop Extra-Long flexible tape measure to a length of 60 feet (18.29 meters) without it folding to the ground. The previous record, held by Jim Johnson of Newberg, Kentucky, was set at 47 ft.

Gibson, best known for his role in the action-comedy Passion of Driving Under the Influence (of alcohol) series (about two Jewish cops conspiring to take over the world), first conceived the stunt while trying to start his car from the backseat of his Mercedes with a tape measure, so he could drive himself home while sleeping off a drunken stupor. 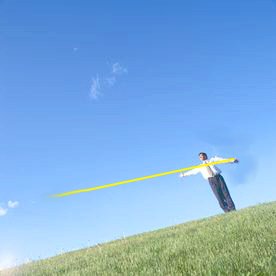 Mel Gibson at the moment of his historic feat, photographed by Paparrazzi journalists

Actress Jodi Foster said of the stunt, "I told him he was crazy to try something like this. The tape measure could have snapped back and poked out an eye." Fortunately, Gibson's stunt was performed without injury to himself or the thousands of bystanders.

Gibson's feat is the last in a long line of tape measure extension attempts. In 1861, Abraham Lincoln extended a tape measure 17 feet in order to decapitate an American Indian on horseback. Lincoln's tape only bent upon impact.

In 1919, physicist Neils Böhr extended a tape measure 25 feet before it burst into flames. Later, it was discovered the fire was on purpose.

The history of the twentieth century is littered with attempts to match what Gibson did on Monday, but only the host of television's Who Wants To Be Martyred? could succeed.