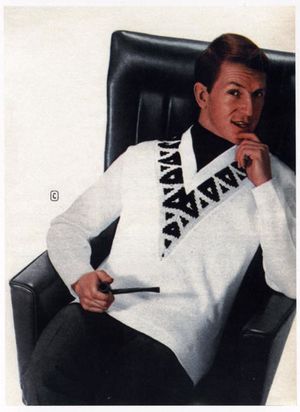 The (Incredibly Attractive) Gynaecologist credited with discovering the G-Spot.

St. Petersburg, Florida ---A Florida Gynecologist has recently made what may be one of the most important discoveries of the 21st Century. "I was screwing with my Wife" said the doctor, "when she told me to 'stop shoving that goddammed stick up her ass'". I was curious about her reaction, so naturally I did what any sane, self-respecting doctor would do and knocked her out with 12 gallons of dinosaur tranquillizer and several blows to the head. After performing a live dissection of my wife, I followed the trail of semen left by the pizza guy, and was shocked to see what many would consider the holy grail of sexy: The G-Spot."

The anonymous doctor, only known to the public as "Your Mom's Gynaecologist", has recently been gifted several million dollars, a solid-gold yacht, and a pet Honey Badger for his contributions to the field of sex. "This is undoubtedly a very important discovery for our country." remarked American President Barrack Obama, who also gave the doctor the aforementioned yacht. "Maybe now Michelle won't be so cold and unfeeling all the time." Michelle Obama was unavailable for comment.