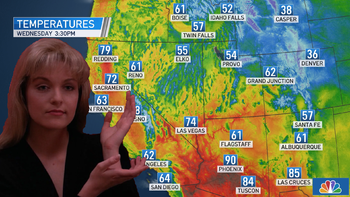 Good morning, fellow dreamers and transcendental meditators. I am David Lynch, your local weather forecaster for today, universally known for my cult films from the 80s and 90s and for my post-Hollywood career as a full-time Youtube celebrity and Minecraft streamer. It is April 21st 2021, Wednesday, and here in this peaceful town of Twin Peaks it is a yet another clear sunny morning, with beautiful blue skies and golden sunshine scorching down on our beautiful skins, and with the usual overhanging dread and ominous feeling that something is very seriously going to go wrong soon. Or at least that is the mindset I have had ever since my waking up, as my dear friend and next-door neighbor Angelo Badalementi has been blasting his darned synthesizers through all-day and night, driving me insane with his dreamy ambient soundscapes and drones. Angelo, could you please, please turn it the fuck down for a minute? Or at least play some higher keys for a change?

Anyway, for today's weather it appears to be 57 degrees Fahrenheit, around 14 Celsius, very still, very tranquil right now, but it looks like that by this afternoon our collective mood will take a sharp turn for the worse, at least if my dreams are anything to go by, and they usually are, because I don't have to explain shit. Never heard of surrealism and dream logic before have you, you uncultured little shit? Either way, it is told that by this afternoon we will again be greatly suffering, and we will all witness a gruesome, unfathomable murder and dismemberment of some beautiful, innocent human being, an event that will unveil the darkness and the evil forces buried in the foundations of our peaceful logging town and cause some relative damage to our tourist economy. And as surely as the owls are not what they seem, I will make a future cult classic television series inspired by this unfortunate event, set in some yet-unnamed peaceful logging town. For I have not lost my touch, and I am not trying to compensate for my lack of any meaningful film projects for the last two decades with this seemingly random career change into a weather forecaster and a professional Youtube shitposter. So, yup, it is happening again: my inevitable clashes with the unsympathizing Hollywood producers who don't know jack-shit about real art.

While I would like to conclude my weather report with this prophetic declaration of a murder in suspicious circumstances and go back to hanging around steel factories with Dale, I fear that I absolutely must inflict some more terror and anxiety upon my followers. For my sources also tell me that later this evening the weather will take a deep-dive into the nightmare realm, starting with heavy localized rains that will result in major floods, followed by hail storms and a severe drop of temperature. Starting early tomorrow morning a seemingly steady breeze will form into a severe tornado that will absolutely wreck the entirety Twin Peaks and kill everyone of us. We are all going to die, and that is such a sadness. I would be very depressed about it and would probably draw some inspiration from it to write some really twisted and dark scenes for my upcoming future cult classic, if it weren't for the fact that we all live inside a dream and that I quite frankly don't car...

What- what the hell is that ringing? What is that sound? What in the goddamn is that ringing sound? Angelo, didn't I just tell you to shut u- Oh, but it just appears be my telephone. Fffffffucking telemarketers, I'm telling you! Michael, you take over the show for me and inform the audience on what today's number is while I will sing a variety of Roy Orbison's classics for this salesman in completely backmasked language and terrify the ever-living shit out of him. Also, remind me to phone up Bowie after I'm done, I believe I've been missing a tea kettle from my kitchen closet ever since he came over to complain about not getting an acting role for Wisteria. God, you just can't trust vengeful spirits these days. Anyway, everyone, have a great day! Mike, take it away! 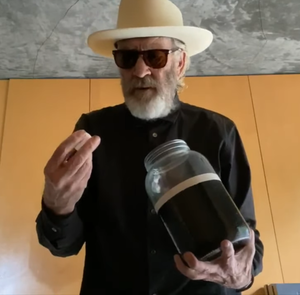