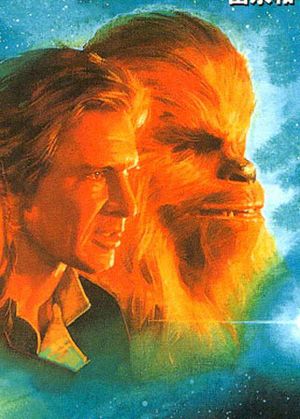 Two interns who fell in the strike, Han Solo and Chewbacca, already have widespread cults of personality.

WASHINGTON, D.C. -- Six Bush Administration interns and security redshirts have been killed in an Israeli air strike in Washington, D.C., Homeland Security officials say. The officials said that at least four of the dead were members of the militant right-wing nutjob group, al-GOP. They added that the men were in a large, white house which was hit by a rocket north of the Potomac River along the Maryland-Virginia border.

The Zionist Entity confirmed that there had been an exchange of fire in the area after "President Bush made an anti-Semitic joke and Condi refused to cook us Hummus." The army said at least one Republican intern had been killed.

Nineteen Republicans have been publicly humiliated by their connections to this recent attack, the Foley Scandal, Hurricane Katrina, and the War in Iraq over the past 48 hours. The shame is the worst in Washington since 1998, when the Republicans, jealous of the success of then-President Bill Clinton's sexual escapades, launched a foolhardy scheme to try to impeach the studly head of state.