Iran's strategic plan to invade itself, as portrayed by CNN.

TEHRAN, Iran -- Today Iran announced that it was mobilizing its military for a full scale invasion of a third world country. That country being, well, Iran. Yep, Iran feels like a "big and important" country for invading somebody. Even if it is themselves. The Iranian government has "become fed up with that stupid Iran". Says Iranian president, Mahmoud Amaweinerguy, "That stupid Iran, with its nuclear warhea... power plants and stuff. They really piss me off sometimes! It's time to teach them a lesson! They're an embarrassment to all third world countries ... even fourth world countries laugh at them!" According to several sources in Iran, the decision was made by an "extremely intoxicated" governmental board.

"Our plan is flawless, ingenious, and all that," said one Iranian military commander. "We believe this will take our enemies completely by surprise, since we all know they don't expect a full-scale invasion. The bastards won't know what hit 'em!" The Iranian military has prepared all of its missile launch sites for launch, and is expected to begin the mass invasion next Monday at about noonish.

The plan involves Iran moving mass numbers of troops to capture the Iranian capital of Tehran, with squadrons of soldiers moving to capture Mashad, Shiraz, Bushehr, and Kerman. Very little military resistance is expected from the Iranian army. Missile sites will be launching their Shahab-6 missiles outfitted with nuclear warheads at major military bases and nuclear plants.

"We are readying our military to defend against the invasion. If Iran thinks they can take us down without a fight, they are in for a surprise!" said a top Iranian military leader. 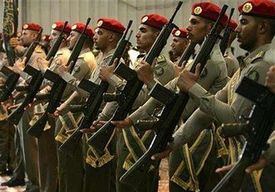 "We plan to have the first strike and obliterate Iran with our nuclear missiles and bombs before they get close to invading our precious Iran." Iran is currently intercepting radio messages from the enemy country, and plans to start their counter attack next Monday.

The United States response was blatant lack of interest. "Ladies and gentlemen, we have just been informed several hours ago that Iran is planning to invade Iran. We understand the situation, and have decided we don't care, as Iran destroying themselves will only benefit us.", said President Bush in an address to the country, several days after the country already knew the news, adding, "Saves us some work if they blow up their own missile bases. WE KNOW YOU HAVE THEM IRAN! Anyways, catch the game last night?"

Other Middle Eastern countries' reactions have been mixed. "Why the hell is Iran invading themselves? And nuking themselves! They aren't even in civil war or something. They have no excuse!", said Shaukat Aziz, prime minister of Pakistan, "Honestly, they could be doing something useful, like attack Iraq or the USA or something! Or maybe Chile, they haven't done anything useful lately" However, Afghanistan was enthralled with the news. "Iran invading themselves is one of the funniest things to ever happen around here! It's hilarious how stupid they are sometimes. I mean, they are planning the invasion and defense with the same army!" said one Afghani board member, who wishes to remain anonymous. Local Iranian businessman, Muhamod Lenitabar, had this to say. "It's going to be quite the time, watching our soldiers fight themselves in the streets." The war begins Monday.

Featured Article  (read another featured article)
Featured version: 12 October 2007
This article has been featured on the front page. — You can nominate your favourite articles at Uncyclopedia:VFH.