24 October 2007
SAN DIEGO, California -- President Bush, after being asked for a federal response to the wildfires that are engulfing several regions of California, has declared an "international war on fire."

The fires broke out about two weeks ago, engulfing everything in their path. California governor Arnold Schwarzenegger tried to blow the fires out at least three times, but failed for the first time in his term in office. And so, yesterday, Governor Schwarzenegger sent a letter to President Bush requesting federal aid to help resolve this growing crisis that has already caused over a billion dollars worth of damage.

Bush's response was immediate and decisive. "I learned from the mistakes I made after hurricane...Kathy," said the president, "I should have declared war on hurricanes immediately afterwards. I'm sure it would have saved many an innocent...urm...life. But I won't be making that mistake again. Fire is evil, and I will not back down until the world is rid of it...FOREVER!!!" 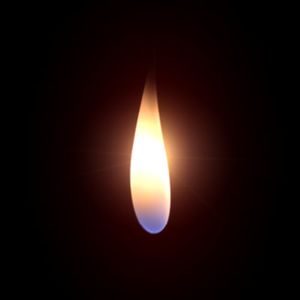 Bush announced that he was declaring a global war against all forms of fire, as it "Is a major menace to society and must be destroyed completely. We will live in a world completely free of any fires!!!" Several thousand army troops were sent into California the instant Bush declared war. "Fire is a tough opponent," says one soldier, "We dropped about 800 bombs on the fire yesterday, but they didn't seem to make any difference. As a matter of fact, I got the impression that they were only serving to make the flames bigger."

When asked why he thought shooting the fire wasn't working, Bush said "It's not working because we don't have enough troops, and our guns aren't big enough. I assure you, we will win, if you give me another 45 billion dollars to buy more equipment. Fire can be killed, because I believe it can be killed. I stand by my beliefs. I believe this is...uh...good. If, for any reason, we are unable to kill the fire, we will give it oil, in the hope that this will appease the fire." Despite his optimism, the fires continue to spread with every large missile that is dropped on them.

Opponents of this large-scale commitment of national resources claim that fighting a war on fire is futile and pointless, and that bombing fire simply creates more of it. "Some people...uuuh...believe that we need to evacuate California, and stop our ceaseless attack on the fire. But those people....are not supporting the troops. If we evacuate California and stop trying to kill the fire, then the fire will win. And I refuse to allow that to happen. I refuse to back down by even one...uh..inch...until that fire surrenders. We will rid the world of fire, I promise you." Responding to a reporter, The President also warned all citizens with fire in their belly to clean up their act saying that "all fires will be dealt with maximum force".

Seeing as shooting fire will never kill it, as shooting it or bombing it merely creates more, this global war on fire is unlikely to end anytime soon. However, this prospect does not seem to have entered the mind (?) of President Bush, who has announced that after the fire in California is out, the United States will be invading a volcano.