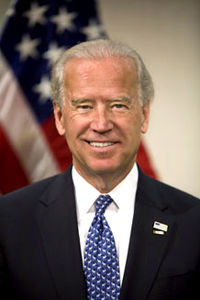 Look at that smile, is he a creep to you? I don't think so!


Hi. I'm Twitter creator and CEO Jack Dorsey, the owner of the social media platform responsible for what's happening. I have been watching the allegations flow in saying that Joe Biden is a pervert, a creep and most offensively, a sexual predator. Now as a social media platform owner, I'm not supposed to talk about my political preference according to my lawyers but fuck it, if Joe Biden isn't a creep then he's most definitely not a creep.

I have been reading through the evidence and all of it is fake and gay, it was created by the Trump administration and Bernie Bros using a tool called Adobe Photoshop in order to besmirch the good name of Joe Biden. I mean how is Joe Biden a creep? Sure, he kisses and touches woman but everybody does that! It's not like he's Donald Trump who definitely is a pervert and definitely had some inappropriate sexual relations especially with a woman like say... STORMY DANIELS!!!

I even read the tweets of Tara Reade and oh boy did it smack me in the face of fakeness. I suppressed that account because it was probably a Bernie Bro in disguise. I mean seriously Bernie Sanders is such a creep and such an evil guy. This guy wants to bring "medicare-for-all" and wants to "eliminate capitalism". If he was president, we'd probably be Russia's bitch and every American would be forced to have buttsex with Vladimir Putin.

I'm serious, he was a Russian asset and I'm glad I did what I did in support of Joe Biden. I'm also glad that I convinced the rest of the Democratic convention to support Joe Biden because honestly, he is the most electable candidate and Bernie Sanders isn't. Do you even know how he's going to pay for "medicare-for-all", he probably doesn't even support the workers and has billions of dollars.

And now that Joe Biden is the Democratic candidate and Bernie Sanders has been eliminated once and for all, I can rest comfortably in my yacht knowing that America will be alright. These people will vote for Joe Biden and he'll win the popular vote which I think means he's going to be the honest president of the United States of America.[Citation not needed at all; thank you very much]

I can see the predictions now. Trump loses to Biden 1,000,000%; and it's all thanks to me, Jack Dorsey! Owner of Twitter, controller of the tweets.

Now if you excuse me, I have a limousine to catch. Don't bother contacting me unless you can CashApp me $50,000 and it better be addressed to me.