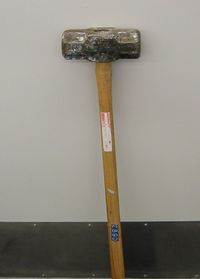 Scorpio! Luck is in store for you!

Your birthday this week: Scorpio! Scorpios are outgoing, fun-loving and prone to vote Republican down-ballet this week despite biting their lip and secretly - without their family knowing - voting for Joe Biden. He's actually a pretty good dude, for a white 70-something. Don't worry about it. Moderate conservatives all get it. Just make sure you vote for some pro-lifer from your district for congress. We'll get through this ridiculous nonsense together, and Biden will only threaten to sniff cute girls' hair, not grab their pussy. I promise. Given the history of our nation's presidency, the choice between a hair-sniffer and a pussy-grabber has to mean something, or what have our troops' sacrifice ever meant? Am I right?

Scorpio (Oct. 24 - Nov. 22) - Your lucky blows to the head this week are by sledge-hammer and by slap-stick. Receive them interchangeably for varied results. And don't fall asleep.

Sagittarius (Nov. 23 - Dec. 21) - An important piece of information arrives this week that has a bit of a putrid smell when you open it. And then when you look closer, the date on it is from before this whole Covid lockdown business. You probably should not have opened it, looking back on things. I think you'll be OK just to toss that in the rubbish bin. Get your family tested though, just to be sure. Oh! Also, a message arrives in your email inbox about your ancestry you should probably not ignore. Or, on the other hand, maybe it would be best if you did ignore it, depending on how violently your stomach reacts to bad news. Holy hell, I'm a shitty astrologer.

Capricorn (Dec. 22 - Jan. 20) - Your lucky fruit this week is lychee. Which means you're in big trouble. Nobody likes lychee. And people who do are either lying or fucking assholes. Pick your poison, I guess. And enjoy your lychees. Asshole.

Aquarius (Jan. 21 - Feb. 19) - Fight the power this week. Not, um... literally. Pay your power bill, for crying out loud. I know they aren't shutting you off during the pandemic, but that doesn't mean you don't owe them for all that electricity you're using to read Uncyclopedia horoscopes. Pay them. But fight the powers that be this week - you know... Republicans.

Pisces (Feb. 20 - March 20) - Show your tits at the bar this week. Send me your location on Facebook, and if I can't get there to see it, I'll let you know, so you can just have your boyfriend DM me the video. Have fun! But wear a mask, would you? I don't really give a shit about your face.

Aries (March 21 - April 20) - Love and hate vie against each other in a cosmic battle above your constellation. But you can just ignore all that nonsense. You're on a planet that has absolutely nothing to do with what's happening behind the stars that make up Aries, to be honest. Even those stars are untold light years apart from each other, for fuck's sake. We aren't the center of the spiritual universe - you get that, right? And honestly, there's probably only two ugly-ass rodent species on one ridiculous planet fighting over one acorn tree there. At best. Nothing to do with your daily concerns. Oh! The girl you like likes you too, if that helps.

Taurus (April 21 - May 21) - Donald Trump wants you to suck his dick this week. Don't fall for it though. His dick is ugly - reportedly - and word is he doesn't actually pay his contractors.

Cancer (June 22 - July 22) - I would warn you, gentle reader, of a Fargo spoiler alert, but I don't actaully give a shit. The stars are asking, "Do you really want to do this this week?" And I gotta say... Who are you, Lester Nygaard? Ok fine. Let's do this then.

Leo (July 23 - Aug. 22) - You're a juggernaut. In the early 14th century, Franciscan missionary Friar Odoric brought to Europe the story of an enormous carriage that carried an image of the Hindu god Vishnu (whose title was Jagannath, literally, "lord of the world") through the streets of India in religious processions. Odoric reported that some worshippers deliberately allowed themselves to be crushed beneath the vehicle's wheels as a sacrifice to Vishnu. That's you this week - "Juggernaut". The "Lord of the world". Clean the wheels when you're done.

Virgo (Aug. 23 - Sept. 23) - If you are a Virgo on the space station this week, your lack of gravity will be your path to enlightenment - listen to the voice of your chi, be attentive to the whispers from the angels that guard your conscience. If you are any other Virgo, you're just fucked, I guess.

Libra (Sept. 24 - Oct. 23) - I have often complimented the hat of star signs I had no horoscope for for the given week - or, more honestly, a twelfth joke for. Check my horoscopes history and you will see what I mean. So, what I'm trying to say is, I'm sure if I saw you, I would very much like your hat.