From Uncyclopedia, the content-free encyclopedia
Jump to navigation Jump to search
1 December 2012 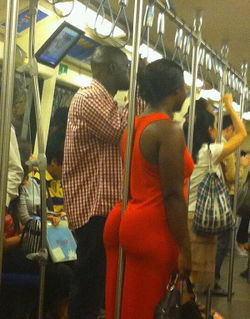 Stefan Glaenzer, the ex-chairman of music website Last.fm, who recently confessed to a sexual assault on a London Underground train,[1] is set to court new controversy by launching a new website, Tubera.pe, which allows members to browse the details of female underground users, in order to facilitate their molestation.

Utilising a user recommender system called Labiascrobbler, Tubera.pe builds a detailed profile of each user's sexual predilections and past peccadilloes[2] by recording details of the women the user has ogled and the tags he has searched for. This information is transferred ("scrobbled") to the page's database and then displayed on the user's profile page and also compiled to create reference pages for individual women.

The site's front page declares: "Need new female sexual targets? Here you can effortlessly keep a record of what you lust after. Based on your taste, we recommend you even more gash you may be interested in!"

Strictly in the name of research, UnNews opened an account with the site at the earliest moment possible, and found that by cross-referencing our victim preferences (slightly overweight black girls with enormous arses) with our typical routes and timetable, we were provided with a mouth-watering list of candidates of women with difficult African surnames who live at the southern end of the Northern Line.

An example of one of the results pages can be found on the right.

Internet analyst Dr Joanna Corey told us, "It's a stroke of genius from Glaenzer. A few years ago, he was able to squeeze £164m out of the sale of Last.fm, at a time when everyone thought there was no money to be made from the record industry.

"This current project, which combines the internet and sexual perversion, seems blindingly obvious, but he has tapped into the specific urban phenomenon of molestation on public transport.

"But while the tube can offer a thrilling setting in which even rubbing your backside against that of a sexy stranger is enough for you to go home with your work trousers covered in semen, it can just as easily disappoint, as you board a carriage full of lifeless, sweaty commuters. Tubera.pe makes that disappointment a thing of the past."

One perverted Cockney stereotype, who asked not to be named but who we are pretty sure is called Darren Devison and lives in West Ham said: "Phwoar, it's fabulous! Before I used to get on any ol' random train in the 'ope of coming across a bit of skirt but it was vewy 'it and miss. And you 'ave to remember, it cos' two quid to make a bleedin' journey these days, so the bills soon pile up. Now wiv this website, I can look up the birds online, find out where they're going, and at what time, and 'ave me wicked way wiv 'em!"