UnNews:Flat earthers 'do not exist' 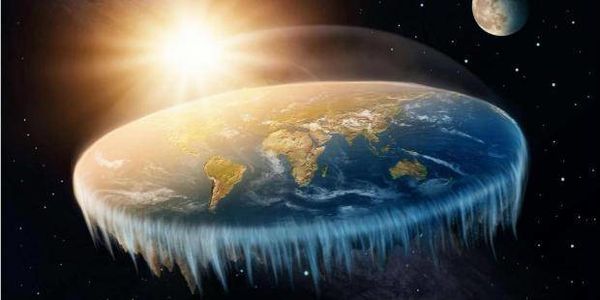 Falling flat: But in 2018, is it really possible that no one believes in a flat earth?

An increasing number of people do not believe in the existence of people who believe the world is flat, according to a new report.

"Think about it," one is quoted as telling researchers, "There are all these videos online of people who are supposedly flat earthers, but have you ever met one?

"Until I get to see one with my own eyes, and poke it with a ruler, I won't believe they exist."

When pressed on how they would explain the proliferation of online videos espousing flat earth theories, and the fact that media outlets have spent more time reporting on it than they have on the civil war in Somalia (a mere 5,000 deaths in 2017), respondents offered crackpot conspiracy theories like "The powers-that-be are trying to distract us from what is really going on", "The whole thing is an illusion created by the mainstream media" and "This is clearly a false flag, and everyone involved are either actors and/or Soviet agents."

However, few participants in the study were able to proffer the possible motive which would explain a global conspiracy in which ideologically opposed states would have had to cooperate to perpetuate the myth that there are people alive in 2018 who think, as long as you have a pair of snow boots, you could probably walk off the side of the planet.

The scepticism, which some experts linked with a general disdain for what is perceived as "fake news" and a growing distrust of institutional knowledge, was more or less constant all around the world. However, there was a notable exception in Australia, where no one expressed such doubts, possibly because Australia doesn't exist.