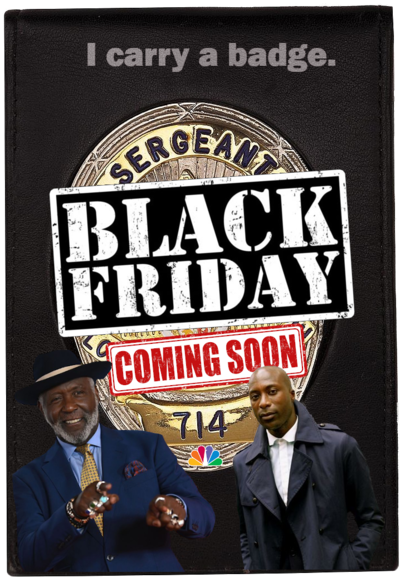 LOS ANGELES, California -- NBC-Universal Television has announced that an African-American reboot of the classic police drama Dragnet, entitled Black Friday, will debut on Black Friday at 8pm EST on the Peacock Network.

"Who the hell gives a shit about the National Dog Show," says NBC-Universal CEO Steve Burke. "We were desperate to find something to air on Black Friday. Then a week before our deadline, we decided to capitalize on Black Friday by making a black Dragnet and calling it Black Friday. Yeah, whatever. It literally took us a week to write, cast, and shoot this damn thing. The results speak for themselves."

"We didn't have time to work out the logistics," writer Lee Daniels admits. "We literally put more effort into the ads than the actual product."

If people actually bother to watch this "shitfest," Burke says the show could return in the summer of 2020. "It's hard to find a spot among Manifest, The Voice, and the 15 Law & Order shows nobody watches."

He added, "Hell, who even watches TV on a Friday night anyway? They can go out and see Marvel's Horseman 27."

"The good news," Daniels says, "is that Brown and Roundtree rap better than Dan Aykroyd and Tom Hanks."