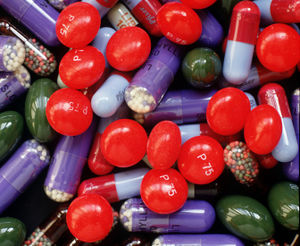 Energy drinks are a lot like pills, except they are drinks and they are more deadly.

Chicago, Illinois – Parents across the nation may be shocked to know that their teens are no longer smoking marijuana or huffing gas. A dangerous new drug trend has taken the nation by storm: the energy drink craze. Energy drinks are potent drugs that may be injected, snorted, smoked or drunk, and are shockingly legal. Not only are energy drinks considered "cool", "trendy" and "sick", they are heavily addictive and are known hallucinogens and carcinogens.

The FDA has reported that there were over 150 cases of idiot teenagers that couldn't handle their energy drink in the past year, and studies show that your teenager is probably an idiot that would smoke dog shit if their friends said it would get them high. "Energy drinks are GOOD, they give me ENERGY. ENERGY IS GOOD! FUCK YEAH! ENERGY! ENERGY! I HATE THEM PANSY ASS PARENTS THAT WON'T LET ME BE EXTREME!" shouted local teenager and delinquent Carl Maddox in response to the allegations that energy drinks are more potent and addictive than sugar, heroin and cocaine combined.

"These 'energy drinks' are like biological weapons that just take a longer time to take effect, and if you allow your teenagers to use them, you are a terrorist. If you don't agree with our proposed ban on them, you hate America and your children." explains local President of the Minding Other People's Business Society Marla Hester.

The Minding Other People's Business Society has proposed several regulations such as getting the DEA to classify energy drinks as Class 6C Super Addictive and Bad Drugs, which would make it illegal to possess them without a prescription, and limiting the amount of cocaine manufacturers are allowed to put in them.