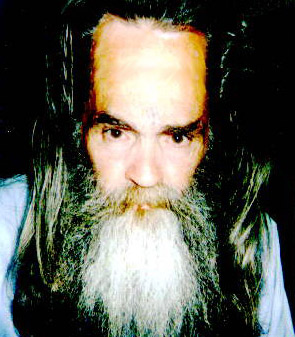 CORCORAN, California State Prison -- Yesterday convicted psychopath, Charles Manson, was again denied early release for the three hundred eighty-second time since his conviction on January 25, 1971. After Manson departed the Parole hearing, CNN’s Marco Vescoski had a chance to interview him before his return to solitary lock-down.

Vescoski: ”How do you feel about the fact that you're going to spend the rest of your life here?”

Manson: ”The rest of my life where?”

Manson: ”You guys have been living a thousand illusions, man. The rest of my life where?”

Manson: ”In prison? What prison? You got a prison in your mind? You see what I'm saying? You're in prison, son. You're the one that's in jail because you think there is such a thing as a prison. I'm sitting on the ground and a guy comes up and draws a line and he says ‘You're in prison’. I say ‘Oh, I'm in prison?’ and he puts up a big gate and says ‘You can't get out’. I say ‘Oh, I can't get out?’ and he says ‘Yes’, then he dresses people up and walks them back and forth and has them say ‘We're keeping you locked up’ and I say ‘Oh you are? I didn't have anything else to do anyway!’”

Vescoski: “All right by me! Now back to your claim that you discovered a cure for death! How does that work?”

Manson: ”Well, it's out there in the desert. We was diggin' for it when the fuzz came. But it's still out there, believe you me!”

Vescoski: ”Did you ever find any of it? I mean a cure for death! Did any of your family ever try it?”

Manson: ”I don't think any of my family ever tried it, but they sure as hell tried it on others!”

Vescoski: ”And did it work?”

Manson: ”Well, pretty much! I mean, none-a-them people is ever gonna die, I told Tex to make sure-a-that!”

With those words still hanging in the air, Manson was quickly and briskly taken away by the intimidated-looking guards.