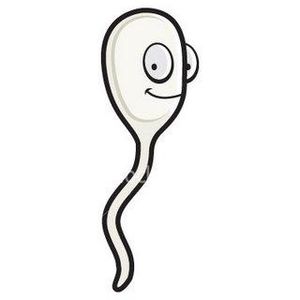 Mutant sperm seem to be the cause of Mrs. Hiney's crotch fire; ladies, have your men's family jewels checked before you catch fire, too!

SAN ONOFRE, CA – A woman is recovering from severe burns that she received when her husband's family jewels caught fire inside her vagina as they were making love on a southern California beach.

“We were all hot and bothered,” Lynn Hiney said on Good Morning America, How Are Ya? “All of a sudden, something hot down, you know, there startled me. If felt as if my pubic hair were on fire.”

Her husband's testicles are now the subjects of nationwide scientific scrutiny.

Just as her husband, Rob, was about to “pull out,” his penis “erupted” inside his wife, “going off like fireworks.”

Hiney was rushed to the San Ononfre Burn Center, where she was treated for STDs and pubic lice. “They didn't think it likely that I had either, but they wanted to be on the safe side,” Hiney explained.

Rob said that his wife complained of “bright, intense pain in her pudendum. At first, neither of us knew what could be the cause, and we tried, at first, to put out the fire by patting it.” However, their repeated, frantic pats only seemed to inflame the flames.

Firefighters responded to smoke alarms in beachfront condos, some fifty meters distant from the indiscreet couple. “When we arrived, there was smoke coming off her nether parts,”Orange County Fire Authority Captain Marc Stone told ABC News, “and where there's smoke, there's fire.”

“I've never seen anything like this,” gynecologist Andrea Dunkelman, said, “and I've seen a lot of specimens of the female sex. She has third-degree burns on both her labia majora and her labia minora, which means, pretty much, not only that they've been cooked, but that they're well done as well.”

Scientists investigating the bizarre incident attribute the burns to “traces of phosphorus” that were found in Rob's semen.

Phosphorous is a chemical that “will burn right through flesh, bone, and skin,” Dr. Micvhio Kaku, author of The Physics of Sexual Pleasure, warned. “Usually, though, semen, human or otherwise, does not contain phosphorus. “How the chemical was mixed with Mr. Hiney's semen is a mystery, but his sperm are bright and beautiful under the microscope, and it is likely that his wife's burns were caused by radioactivity in the phosphorus.”

Asked how the phosphorous in Hiney's semen became radioactive, Dr. Kaku said, “That's classified, and you don't have a need to know.”

However, the Hineys believe that the explanation is close to home. “The phosphorus thing is just disinformation, a cover story. We live near the nuclear reactors at San Onofre,” Lynn said. She recommended that every man in a 50-mile radius of the reactors have his semen tested, as her husband has done. "Otherwise, other wives' crotches may catch fire, as mine did, and only God knows what kind of monsters the women may bring forth after being impregnated by radioactive mutant sperm that glows in the dark.”